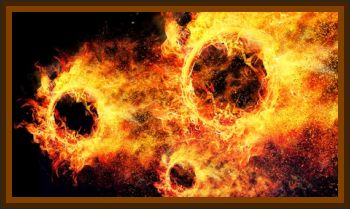 Coincidence with later Sighting in 1982 in Great Falls, Montana that seems to have been totally removed from the publics view.

Subject: HTML Form Submission, another troubling episode that has been even harder to explain when considering aspects of the Kecksburg, PA UFO sighting.

I want you to understand that the date of this Fire Ball streaming across the treeline from my position facing toward Hartford in the South and to the existing river coming from the northeastern sector of the state from the other side of the forest just outside Enfield,

Connecticut was the exact path this orb took heading in a northeastern direction.

It appeared as I said as if the sun itself had fallen from the sky because of its massive size and the circular diameter of the sphere, it made no sound and nor was there a sound previous to its appearance to indicate a major explosion of some magnitude coming from that region of the countryside, it appeared as though it was approximately 10 miles or so from the street we lived on that ran parallel to the trajectory of the object in question and that of the river on the other side of the forest, it was heading in a North, northeasterly direction, after reviewing my homes position to that of Hartford and the river that passed along side of Enfield and headed directly toward the Hartford vicinity, the Smith family lived directly behind our house on the next block, the Zimmermans a few more streets over from them, if my bearings are correct.

The silence of such a huge sphere rolling across the tree tops and emitting whipping flames from upon its surface gave you the feeling that the core of this object was solid while its surface was entirely engulfed in a all encompassing mass of burning gases and surface material, no wind, not a whisper of the massive flight of this globe of fire could be heard, no crash, no explosion, its as if it was headed toward the coastline and gravity had no effect on its elevation as it traveled the distance from which I was could visually detect and remain captivated by its enormous size and silence as it moved through the evening sky to a destination I had no indication wwas close by.

I'd like to mention yet another personal experience, that wasn't so personal when you consider all the news at the time that was generated in the Community of Great Falls, Montana shortly after the attempted assassination of Pope John Paul II.

It was months later and I had contacted a local priest from Our Lady of Lourdes Church in Great Falls. This priest has since been removed from active service with the general public, he has suffered a stroke on the left side of his body and his memory isn't exactly what it use to be.

In the early 1980s, maybe around May of 1982, during that late spring month my wife and I was awakened by a glowing light from the back yard of our home that was hovering over our very large weeping willow tree. The air was still and the sounds in the distance echoed as if you were inside a tunnel.

Across the alley, on the next block at 2606-5th Avenue South a police car was parked in the middle of the street looking directly into our backyard, the sound of breaking glass could be heard for a very brief second from that location, the whole area of the neighborhood was as if it were in a vacuum. Above our tree was a cloud that resembled a Maltesse Cross, its 4 triangular shaped inner arms were of a stewing blackness that could only be understood from the depths outside our planets atmosphere.

The other portions of that Maltesse Cross between the cross figure itself was pure white and just as luminous as the light of a full moon on a clear night, even that of a bright florescent blub.

It hummed as though discharging a message or extracting a source of matter that had called it forth in the midnight hour.

This experience has vanished from most all records in the area after a military investigator came to the area and researched the sighting that many residents of Great Falls had reported to the Great Falls Tribune and to Military officials at Malmstrom AFB the days following its appearances, this phenomenon occurred during a period when I was employed for about a 6 month period as a supervisior at a local Sambo's Restraurant.

The incident was centered at 2605-6th Avenue South in Great Falls, MT. These kinds of personal experiences for some reason attach themselves to the psychi of those individuals and never let go, who wouldn't feel a special bond to these events that defy logic according to investigators that remain true to their integrity? This is yet another unexplained event that now appears to be totally erased from the record books because of government involvement.

The priest I mentioned earlier is in a housing facility run by the church for aging priests in Great Falls. This priest was contacted by me the morning of that Maltesse Cross had hovered over our tree. I spoke with Father Herinko a number of times about this event and told him that for some reason or another I was certain that light would remain in the area for 3 more days and could be spotted above in the evening sky's canopy in its original shape in a northwest trajectory as a group of distinguished cloud formations resembling that Maltesse Cross or wheel with spokes, you think that during that time satillites would have detected this formation, maybe the military did. I expect the Great Falls Tribune that had front page coverage of this event from so many callers would still have information on this case in question, I think they do, but find it very difficult to locate. That priest after that event was over was removed from his position at Our Lady of Lourdes Church and placed in a small church about 30 miles out of town on Highway 200, I believe the town was Fort Shaw that serves about 150 perishioners. I found that strange seeing he was only in his earlier 50s and was the priest in charge of not only the church services, but the grade school it operated in the community of Great Falls.

Well, that night of the Maltesse Cross incident I told my wife as we stood 30' from that tree looking up at the swirling mass of black ink and that extremely white soft halo that divided the 2 prominent features into very distinct patterns that I should go and venture up to the tree and climb up and see what if anything would occur, she ruled against it and seemed only interested in going back into the house and finishing her sleep.

The police car was still parked in the middle of the street watching the figure with, I suspect, much interest. I imagine the police report was sanitized, as well in this actual case of multiple sightings that week, it shouldn't have been.

Maybe you can further investigate and inform me as to what your findings were. Another aspect of this event which was discussed with the priest was the Montana State License Plate on my Vehicle, Sacrum.

I had mailed one of these license plates to Pope John Paul II with a note that his life was in immediate mortal danger, that was 7 days from the attempt on his life where he was shot and a bullet struck his sacrum bone, go figure. I had never written a letter like that to anyone before, quite a coincidence, I had never communicated with the church prior to this event, but I did have an undeniable urge to get personalized license plates earlier that year, it was a plate that caused some interest with local officals, I retired that license plate after that incident. I was mostly consumed with getting my wife pregnant, my doctor told me forget it after numerous visits to his office, around 9 months after the Maltesse Cross incident we had a son in 1983. His eyes were as if oriental, that's always puzzled me a bit. He's a good son, he works two jobs, has graduated from college with 3 degrees in business.

I feel I'm very blessed to have him. It's funny how life evolves, it's amazing the mysteries that sometimes make those blessings seem all the more important in our own particular lives. If you find the information concerning this event in Great Falls during that time frame drop me a line, at the time I failed to document this important event in my life seeing it was all over the news at the get go.