Luis Elizondo Insists That UFOs Aren’t Ours, Theirs, or Alien 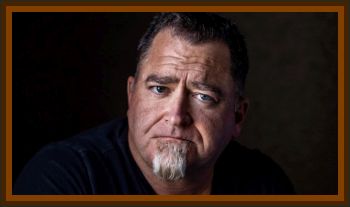 We’ve had incidents where these Unidentified Aerial Phenomenas have interfered and actually brought offline our nuclear capabilities. Given the fact that nuclear technologies in the United States are being phased out, some might say this is a good thing.

But Elizondo says that he has data showing that UFOs have actually put nukes online in other countries, which is just as concerning. At any rate, these UFOs certainly have an interest in America’s nuclear technology, and have the capacity to tamper with it.

Luis noted that UFOs also have some sort of connection with, and have a tendency to be seen in and around water.

He then turned the subject to UFOs hypersonic velocity and their ability to change directions instantly. Human beings can withstand about 9G forces or some of our best aircraft can withstand about 16Gs. These things are doing 300, 400, 600 Gs in mid flight, he said. And at these hypersonic speeds, they can make a 90° turn.

To put that into context, our SR-71 Blackbird when at 3,200 mph wants to take a right hand turn, it takes roughly half the state of Ohio to do it, said Luis.

According to Luis, the third main technological capacity found among UFOs is cloaking technology.

Elizondo’s remarks came after a sneak peek at a Pentagon assessment on UFOs, which is due to be disclosed by June 25th, which purportedly revealed no concrete evidence of extraterrestrial technology underpinning the bizarre aerial phenomena. If it isn’t alien technology, then that leaves 2 alternatives. Either this is secret American technology that we’ve managed to keep secret even from ourselves, or Russia and/or China have leap frogged our own technological development, which has escaped the attention of our entire intelligence apparatus.

Elizondo says that the new Pentagon investigation will rule out the possibility that these UFO sightings are linked to American technology. Furthermore, former Director of National Intelligence John Ratcliffe, announced definitively that this is not Russian technology.

So, that leaves China. But Chinese officials recently stated that the Chinese military is now using artificial intelligence to investigate UFOs after being overwhelmed by UFO reports.

It is unnatural for an authoritarian state like China to admit to a lack of control over national security matters, said Marik von Rennenkampff, a former analyst with the Bureau of International Security and Nonproliferation at the United States Department of State. And it is not likely to be part of a deception campaign by Beijing. According to von Rennenkampff, China is equally baffled by some of the same UFO events as the United States. China has struggled to produce engines for its 5th generation fighter aircraft.

Therefore, it is highly unlikely that they have managed to develop flying saucers.

Luis pointed out that there have been reports of UFO sightings since the 1950s. It doesn’t make sense that in 1950 China would have mastered this beyond next generation technology to be able to fly anywhere on the face of the planet, but has managed to keep it as a secret for 70 years.

Also, China has a habit of stealing technology from the United States.

So, one has to ask the question that if…a country had this technology, would it be necessary to steal…much more basic technology from another country?

Editor’s Note: Oh, well if the government says that the United States doesn’t possess UFO technology, then that’s good enough for me. The United States government/military industrial complex/deep state would never lie to us, would they?

The United States intelligence community would never use the Senate Committee’s report to further the deep state’s agenda of hiding the fact that the United States government has secretly possessed extraterrestrial anti gravity electromagnetic propulsion and cloaking technology since the 1950s, would they? Of course not.

And a former CIA counter intelligence official like Elizondo would never be a part of that agenda, would he? So the mind controlled, brain dead American public will simply have to accept that the UFOs we’ve seen are not ours, not theirs, and not alien in origin.

And if they did not come from anywhere, then they must not exist at all. The only answer then is mass hallucination. This makes perfect sense.

Thank You Lue for clearing that up.

We’ve had incidents where these UAPs have interfered and actually brought offline our nuclear capabilities.

I think to some they would probably say, well, that’s a sign that whatever this is, is something that is peaceful, Elizondo said of the fact that nuclear technologies in the United States are being phased out.

But in the same context, we also have data suggesting that in other countries these things have interfered with their nuclear technology and actually turned them on, put them online. So that is equally, for me, just as concerning, he added.

According to his understanding, there is enough evidence at this point to show that there is an interest in America’s nuclear technology, as well as the capacity to tamper with it.

The Unidentified Aerial Phenomena Task Force, UAPTF, which was formed in the Summer of 2020 by the Pentagon to examine odd aerial phenomena, has taken the role of the now defunct AATIP.

The former AATIP director claimed that there are some common traits among UFO sightings.

We see an interest in our nuclear capabilities, and then we have this really bizarre…I don’t know if you call it an interest, but there seems to be a connection with water, and these things have a tendency to be seen in and around water, said Elizondo.

He also shared other observations on the technological capabilities implied by UFO sightings.

The first is hypersonic velocity. The ability to change directions instantly. And when I say instantly, I mean human beings can withstand about 9 G forces or some of our best aircraft can withstand about 16 Gs. These things are doing 300, 400, 600 Gs in mid flight, he added.

You know, there are some known human technologies that can go that fast, but then again, you don’t expect a hypersonic aircraft to do a 90° turn.

To put that into context, our SR-71 Blackbird when at 3,200 mph wants to take a right hand turn, it takes roughly half the state of Ohio to do it, he added.

According to Luis, the third main technological capacity found among UFOs is cloaking technology.