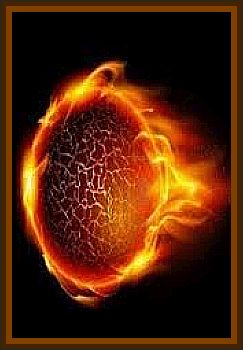 2 fireballs moving from SSW to NNE with a constant speed and more or less steady direction, without making noise. Very bright intensive light, as a big round shaped candle light when it is just lit. Sometimes more orange, then with a red color accent.

Moving with a continuous speed, horizontally in the night sky. At one time, the second object seemed to stand still for a couple of seconds, moving a bit from left to right and back. And then continued it’s way afterwards to disappear in the far sky.

My girlfriend saw 2 or 3 smaller balls underneath the second object. I didn’t catch those one’s. We were standing 2 streets away from each other.

Can’t have been a plane because I saw them from pretty up close, and these weren’t the landing lights of a plane. The object was bigger compared to a plane that would be at the same distance and height.