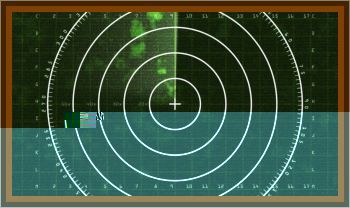 I called my team mates and we all observedthe target. We contacted other radar sites including the GCA site @ Ladd AFB in Fairbanks, a Dewline radar station about 50 miles north and even an Army radar directed Anti aircraft gun site on our base. All confirmed the sightings including the radar guns which tracked the target. Air Force practice is that the first contact (us0 becomes the primary and all other sites coordinate through us. Our search radar antenna could be both raised and lowered and gave us a max range of about 20-30 miles and 50,000'-55,000'. This feature enabled us to more accurately tell height and distance from our sight. The target continued to stay in the area and we continued to follow it within the limitations of our equipment.

As the primary contact, we received reports from the others who would confirm the extreme speed and turns of the target when it was out of our range. We continued to track the target and observe its speed and turning until about 6:00 a.m.-8:00 a.m. when both a helicopter and a T33 from Ladd AFB (now Fairbanks Int’l) where dispatched to visually inspect since the target seemed to be hovering over Ladd AFB. We couldn’t believe our ears when they reported that all they observed was an ice cloud,(temperature inversion) over the Ladd AFB power station!

At that time, we had observed nothing for an hour or so. We were required to write up all the details on our shift log before we signed off our shift. Because of the extremely secret operations conducted at Eilson AFB during that period, we were told to shut up and not discuss any further. Since I was a 20 year old kid directing spy planes during the Cold War, I didn’t argue. We were never interviewed again about the incident.