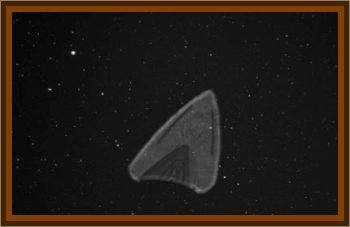 An unidentified object was tracked by a Duke Field radar unit during the same time period, and within the same area, that 10 to 15 people observed four strange objects flying in formation between Milton, FL, and Crestview, FL, along Interstate 10, according to Eglin officials. No one was able to explain the phenomenon. There were about half a dozen reported sightings in the tri-county area from 1973-1976.

Reports from the base indicated that a bright glowing ball of light could be seen travelling parallel with an Air Force C-130 aircraft but at a much higher altitude.