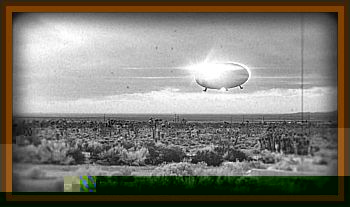 While flying in an F-82 fighter headed N at 8,000' at 240 mph on a GCI intercept mission initially directed by the ADC radar site 634th Aicraft Control Sq., Neah Bay, WA., 505th AC&W Group, Everett, WA. radar observer AF 2nd Lt. Robert L. Kunzman, 318th All Weather Fighter Sq, 325th Fighter Group, McChord AFB, WA., saw as he headed toward an interception point, a single compact group of yellow objects in the WNW at 10 o’clock position which burst into an in line formation of about 10 to 20 or maybe 25 white egg shaped objects that crossed over in front of aircraft to 1 o’clock, in the NNE, heading W to E still in line formation at about 8,000' heading S and dropping back to 3 o'clock position in the E, which he first thought might be seagulls.

Objects maintained same altitude and horizontal flight throughout, then doubled back heading N paralleling the F-82’s course while moving back up to 2:30 o’clock position at high speed, turning translucent part of the time just before disappearing by fading out or dissolving without going far enough to have vanished due to distance, some fog with visibility 5 miles may account for disappearance.

He called attention of the pilot Maj. Homer William Morris who missed seeing the objects.