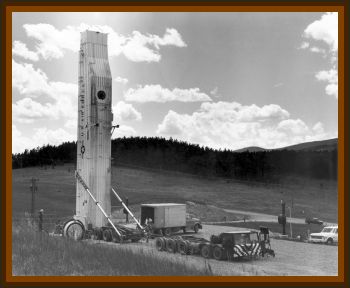 A reliable person in a technical position was on radar duty when he saw a UFO descending rapidly across his radar screen.

When it was confirmed that the UFO was down the captain on duty told him that he hadn’t seen anything.

Later the radar operator learned that an object had crashed in the desert.

It was more than 50' in diameter with a row of portholes around the center.

It was also said that it contained a crew who were approximately 4½' tall.

The ship, the debris, and the bodies were shipped to Wright-Patterson AFB.

According to researcher William Hamilton III, a man named Frenchie was stationed at Edwards AFB when he was called out of his barracks along with others because something had crashed just south of the air base.

When he got to the site, he was not allowed to get any closer than an outer established security perimeter, but could see men lifting up large chunks of metal. Sheets of metal were all over the crash site, but no engine or fuselage was visible.

Frenchie said they had to cut out a piece of a C-47 to enlarge its door to fit a large piece of the retrieved material into the plane for transport. The large piece was lightweight and was lifted by 2 men.

A lot of the debris from this crash was supposedly transported to the Air Material Command at Wright Field, OH., now Wright Patterson AFB. The engineering division at Wright Field called T-3 had already concluded that the UFOs were advanced aircraft or spacecraft, which used non conventional methods of propulsion and were constructed from composite layers of lightweight material.

It was the opinion of the General staff that the unidentified objects were interplanetary spacecraft.