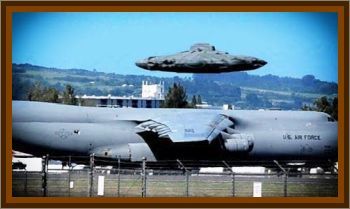 Many California military bases have been associated with UFOs including George, Hamilton, Norton, Miramar, Castle, Alameda to name some. Of all of them, however, Edwards Air Force Base, formerly Muroc, tops the list. Located in the vast Mojave Desert, this area has attracted an incredible amount and variety of UFO activity starting in 1947 to the present day. In fact, the events at Edwards are of such a magnitude that they may rival even the Roswell incident.

Beginning in 1947. On that day, the base experienced a series of seven fly-overs by UFOs as witnessed by dozens of officers and pilots. Listed as Project Blue Book case number 50, unidentified, this encounter changed the way the Air Force handled UFOs. As researcher Michael David Hall wrote, Those disk sightings over Muroc on the 7th and 8th really shook up the Pentagon and were the pivotal event which sprung the United States military into serious action on the saucer mystery, the incident led the United States Army Air Force to issue classified orders requiring reports of any saucer like objects to be given to the Technical Intelligence Division of the Air Material Command. Researcher Richard Dolan wrote, The Muroc incident continues to provide evidence for military knowledge, interest and secrecy regarding UFOs.

This, however, was only the first sighting. Over the next 50 years, the base would be visited again and again by UFOs, including in 1952, 1954, 1958, 1965, 1967, 1978, 1995, 1998 & more. Several of these sightings were made by extremely reputable witnesses. In 1958, Gordon Cooper was at the base when a UFO landed on the dry lakebed. Base personnel filmed the incident, and Cooper developed and viewed the film. As he says, Good close-up shots. Nothing like I had ever seen, double inverted saucer shape. It didn’t have any wings on it or anything, There was no doubt in my mind that it was made someplace other than Earth.

Another noteworthy incident occurred on October 7, 1965, during which several jets were scrambled to intercept UFOs which were hovering over the base. As researcher Steven Greer wrote, This extremely important case involves a seasoned Air Force Traffic Controller, an official UFO officer, 4 separate radar stations, lock-on from onboard radar on a jet interceptor, many hours, and many objects over several hours. The debunkers and those who would ridicule the UFO matter need to be able to explain away all of these elements, and the voice tape of the actual event.

While the sightings, UFO-airplane chases and landings are enough to place Edwards at the top of this list, the story doesn’t end there. At this point, things become very controversial. According to a growing number of sources, on February 20, 1954 President Eisenhower visited Edwards, where he and other high ranking officials had an alleged face-to-face diplomatic meeting with extraterrestrials. Numerous researchers have looked into the story and have come back with some surprising confirmation. At this point, however, the whole truth remains obscured.