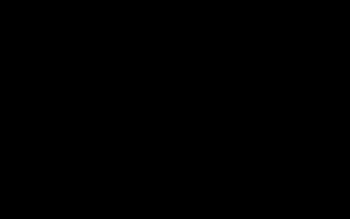 In the spring of 1670, Captain of the Town Guard and highly respected preacher Major Thomas Weir, and his sister Jane Weir confessed to a series of terrible offenses.

Thomas’ confession began with a detailed summary of his sex crimes which was horrible enough in the eyes of the city officials in Edinburgh. But it was when he admitted to being a witch and a sorcerer that the authorities became truly anxious.

Weir said that he and his sister had had dealings with demons and fairies, to whom they had duly sold their immortal souls.

The Devil appeared to Jane in the guise of a midget like woman. Both she and her brother had been carried off by strange entities on several occasions. They said that in 1648 they were transported between Edinburgh to Musselburgh in a fiery coach, and they had also been taken for a ride in a similarly fiery chariot from their house in the West Bow, a Z shaped street near Edinburgh Castle, to Dalkeith.

It is interesting that Thomas Weir was driven to coming clean about his private life because of the guilt he felt from having consorted with devils. Major Weir was an active member of a strict Protestant sect. Betraying God was, for him, his least forgivable crime. However, he was old and sick and he had been an important figure in society for as long as people could remember, so at the beginning he had trouble persuading the courts to arrest him.

When at last he and his sister were remanded in custody she alone was convicted of witchcraft, while he was only found guilty of fornication, incest and bestiality.

Jane Weir was hanged and burnt at the stake at Grass Market on April 12, 1670, and her brother the day before.

Tradition holds that both refused to repent on the scaffold, crying out that they wished to die as shamefully as they deserved. When requested to pray on the eve of his execution, Major Weir answered, screaming:

Torment me no more, I am tormented enough already.

This gives the impression that he was convinced of the physical nature of his acts and of his contact with malign spirits, as does his reply on the scaffold when asked to beg God for mercy:

Let me alone, I will not, I have lived as a beast, and I must die as a beast.

Jane Weir’s final words were along the same lines.