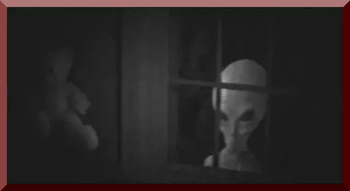 In October 1988 two friends had an astonishing UFO sighting and encounter. We were both in our sophomore year of high school. But first, other experiences will be detailed.

In 1990 strange things started to happen to one of the two. On his 18th birthday, He went to bed about 11:30 p.m. He only remembers laying down. Sometime around 3:00 a.m. he woke up in the backyard, freezing and absolutely terrified. What he didn't understand is, if he was sleep walking why didn't his parents wake him up? He knew that his mom should have, because she has always been a very light sleeper. After the incident he couldn't sleep at all for the next 3 nights.

In November 1994, He was living alone in a house that a friend's grandmother had rented out to him. One night while laying on the couch watching television, After the program he rolled over and went to sleep. Not long after he was awaken by very intense bright white lights. At first he thought someone had pulled into my driveway, So he started to get up to see who it was. Thinking it may have been a friend of his who lived up the road, because he had come to the house that late on a number of occasions because he worked the 2nd shift. As he was starting to get out of bed to see who it was an overwhelming terror came over him. laying back down, he pulled the covers over his head. That's all he, remembered, until the next morning when he woke up with his feet on the back of the couch and head and body on the floor with his shirt on the wrong side out.

He had a similar experience in 1996 at a different house in a different part of the country. Now, it's happened again. Early this morning at around 5:00 a.m., He woke swearing he saw 3 small figures standing next to the bed. It was pitch black because the power had gone off. He immediately rolled back over and put the covers over his head and thought "I didn't see that. I don't want to see that". After a few minutes and without taking the covers off of his head he reached over on the night stand and got a flashlight, raised up out of bed and simultaneously turn on the flashlight. There was nothing there. Terrified, because it felt like someone was in the bedroom with him even though they could not be seen. Oddly enough as soon as he clicked on the flashlight the power came back on immediately afterwards. He's not claiming that he was abducted but if he were, He simply din't want to know the details.

Being overly concerned that these experiences will continue, and that he will eventually become aware that an abduction is occurring. I have never received any communication and cannot find any marks on hisbody. The only symptoms he has are insomnia for several days and loss of appetite. He didn't get tired or sleepy.

He has noticed that some items in the house are moved around and, in fact, a few things have gone missing including a perfume bottle, a hair brush and a blanket. To be honest, his real concern centers around his father and the UFO incident in October 1988. The night he had the sighting and encounter, his father went missing, never seeing or hearing from again. He had previously claimed that he has been abducted by extraterrestrials and that these beings performed experiments on him. The encounter the pair had were very scary and confusing. They have never been able to talk about it to each other, even though they remain close friends. He has an awful feeling something may happen to himself and, that he may actually find out what became of his father. Can someone possibly give sound advice? He has seen psychiatrists and psychologists for almost 15 years now. No one has been able to alleviate that fear he has.