Mating The Woman From Venus 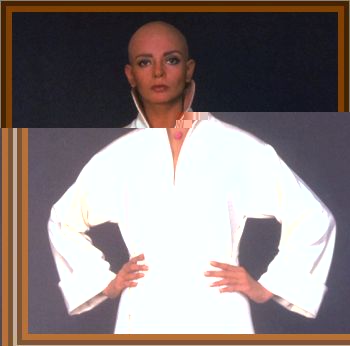 Duvall, a handsome man in his 50s, a roving mechanic at a mine, underwent hypnotic regression in January 1986. He remembered several sexual liaisons with alien females during his childhood and adulthood.

They were half breeds. It was a female of the species, but she wasn't exactly like them. She was taller. She was built more like a human being. Her head was larger than a normal woman's would be, and she had no hair, and was quite voluptuous.

A remembered event in a large arena watched by many alien grays was profound, as he was totally naked when the female alien then placed a device over my erect penis that created warm sensations I could not resist as I produced a powerful ejaculation. She then praised me. Eventually he disclosed the profoundly disturbing thing that had been bothering him, was the rape, which took place when he was lifted out of his pickup truck, rising into a blinding light. A door opened, and they let him in. His description of the two aliens he first encountered was similar, if not identical, to those in other cases: smallish, shaped like people, round heads, some kind of belt around their middle. But the profoundly disturbing thing occurred with the alien female once again. He then thought he had gone back to sleep and the next time he awoke he was in the pod, an object with curved walls that hovered above the precipice of a rocky cliff. He was naked, warm and cozy, and in the pod with him was a nude, small female with long, silvery blond hair. He did not find her unusually attractive but attractively unusual. Her features were tiny, excepting her large, intense eyes that she used' to get him extremely aroused by filling his mind with all sorts of erotic imagery and from Ed’s point of view they had normal sexual intercourse.

He, of course, found the experience to be fulfilling and great and recalled not only her full participation but her ego boosting claims that he was very good and had given her a good sample.