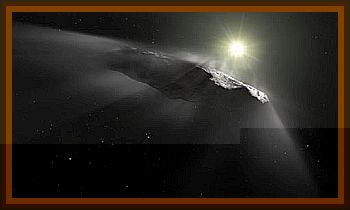 A rather illuminating multiple witness case was recalled by John A. Anderson, now at Sandia Base, NM.

But in 1952, working as a young engineer in the Savannah River AEC facility near Aiken, SC.

After a considerable amount of cross checking, the date was inferred to be late July, 1952, probably July 19, 1952.

The circumstance giving a clue to the date was that, at about 10:00 a.m. on the day in question, Anderson, along with what he estimated at perhaps 100 other engineers, scientists and technicians from his group were outside watching a required attendance skit presented from a truck trailer and commemorating the 150th anniversary of the founding of the DuPont company, July 18, 1802.

Anderson indicated that some less than absorbed in the skit first spotted the unidentified object in the clear skies overhead, and soon most eyes had left the skit to watch more technically intriguing events overhead.

A greenish glowing object of no discernible shape, and of angular size estimated by Anderson to be not over a fifth of full moon diameter, was darting back and forth erratically at very high speed. Anderson had the impression it was at great altitude, but conceded that perhaps nothing but the complete lack of sound yielded that impression. It was in view for about two minutes, moving at all times.

He stressed its "phenomenal maneuverability"; it repeatedly changed direction abruptly in sharp angle manner, he stressed.

The observation was terminated when the object disappeared over the horizon at apparently tremendous velocity.

Anderson said that the event was discussed among his group afterwards, and all agreed it could not possibly have been a conventional aircraft. He remarked that no one even thought of suggesting the unreasonable notion that it was an hallucination or illusion.

Despite searching local papers for some days thereafter, not a word of this sighting was published, and no further information or comment on it came from within the very security conscious AEC plant.

He was unaware of any official report.