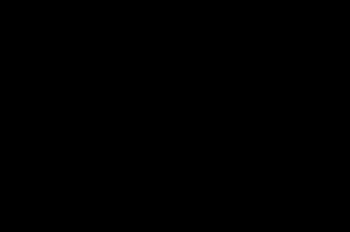 This is a true story. I know because I was there.

It happened one day in the month of November, in the year 1948 on the road from Duncan to Cowichan lake, Vancouver Island.

My husband and I were driving from Nanaimo where we lived and were on the way to spend the weekend with close friends at Cowichan Lake.

It was a typical November morning on Vancouver island. The skies had opened up and were pouring rain so hard that the ceiling of the sky had dropped to just above the forest of big trees everywhere on either side of the road. A heavy mist lay all around as well as the heavy rain pouring down.

It was about 10:00 a.m., and we were probably half way to Cowichan Lake from Duncan. We had the car lights on and as far as I knew, there was not another car on the road with us.

Then an eerie greenish light appeared all around. The trees had a greenish glow over the tops and throughout the heavy wet branches. The mist appeared to glow also.

My husband stopped the car and I looked behind and in front. There was no other vehicle in sight and I didn't get out because it was raining so hard.

I did not know what was happening but the sight of this unbelievable greenish glow penetrating the heavy rain simply had us both in a state of immobility. We looked on either side of the road at the tops of the big trees at this queer glow. About this moment, I slid to the edge of the seat and looked upward through the windshield. I remember letting out a gasp for the sight I saw was unbelievable. There hovering just above the trees was a high round shape. From all around it green and yellow lights were pulsating from it. This huge thing continued to hover and I stared, spellbound.

It positively shot out of sight. If it had a motor I could not hear a sound because of the pouring rain and having the windows shut.

The Victoria Daily Colonist, a newspaper, wrote about this the following morning with an article on a flying object over Duncan. One lady, who was taking a garbage bag outside, saw it and fainted.

Those of us who saw this very large circular object in the sky so close, for after all, had it had been high in the sky, it could not have been seen because of heavy rain and mist, feel positively sure we were looking at a UFO.

Some years later, scientists arrived from the USA, in search of evidence that a UFO had been in the skies above Vancouver Island. They discovered an indentation burned deeply into rock on the top of a mountain on Vancouver Island. They felt that there must be truth in what people said they had seen and perhaps the top of this mountain had been used as a resting place for this object. Because I have been told that one of these flying objects had landed near Sidney on Vancouver Island a few years ago and that we have read of landings made in other areas, I do wonder if at the time my husband and I saw the object, had there been a clearing among the trees, might there have been a landing made?

It has been said may times, that there is no such thing as UFOs. I am not one of those doubting people, because, as I began my story, I said 'I was there....'.