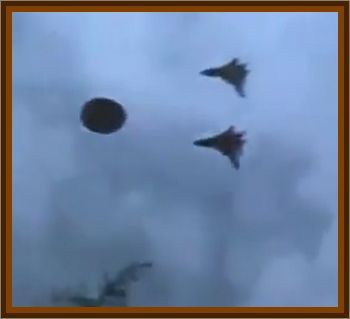 I was only 10 years old when my 13 year old brother and I heard something on the radio about strange lights over Amarillo AFB, Amarillo, Texas. We lived in Dumas, 47 miles north of Amarillo. We heard jets flying overhead and went outside to see them as this was not normal to have any air traffic over our community with the exception of large military aircraft that flew over at very high altitudes during the day.

We were delighted as youngsters to see the lights of the jets as they chased some odd looking lights overhead. The lights appeared to be about the same size as the jets and they would let the jets get close then they would change course immediately.

My mother and sister were also witnesses. My brother-in-law was stationed at the AFB, and told us that after the jets returned that night, the base was locked down for 24 hours.

I don't recall that there was any further news about it and the family never discussed it again as far as I know.