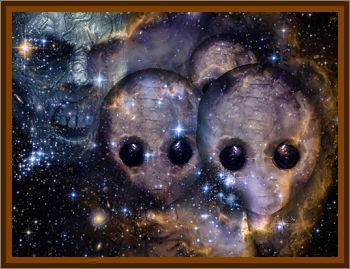 This was my most intense experience I have had and will never forget it. I wont name the location or time or the people involved but i will share this:

It was a normal but full on day, and we were broken up into sections to find the enemy party waiting for us were we would make a section ambush at dawn the next morning.

Anyway we spent the entire day rehearsing, then we all piled up on the mogs and made our way deep into the bush, and then from there we walked 12½ miles through the bush and we could't see anything in the dark of night. So we formed a human chain, and once we reached our night harbor, we set up camp and put glow sticks out.

We had a sentry roster for taking turns on guard through the night, I was second on guard that night for just 45 minutes when it started raining heavy. Once my time was up I couldn't wait to get back to my trench and sleep as I only had 4 hours before we had to be up and make a move.

40 minutes or so later I had to get up because the wind and rain were collapsing the tarp over my trench that I had over me, and was getting soaked. When I got up I noticed about 200' in the distance were strange beaming neon blue lights. I told the guy on guard I was going to go check this out, so I put some camouflage paint on my face and my black beanie on, and went for a Recky, and as I got closer I went in complete shock as I looked through the trees when I seen one of the guys from our section being tested on, in this blue bubble void of light by grey entities. So out of natural reaction I ran at them and was knocked to the ground by the vortex around them so quickly I decided to run back toward the guy on guard to warn him. But was stopped in my tracks by a tall humanoid figure in black, so I ran another way and was grabbed in a choke hold around my throat by another figure in black and even in my training of self defense, I couldn't counter this persons lock and I was powerless no matter how much I tried, so attempted yelling and thats when the guy on guard came running over to my aid and he yelled:

Let him go is this some kind of joke? This is not part of the exercise. And at that time I could see the rest of the sections lights were turning on to see what all the commotion was about. Right then the other entity comes from behind my buddy and must have put something in him to make him unconscious, and the guy who had me in the lock done the same.

After that I woke in a white room with my uniform stripped from me and 2 of my friends were on other tables in fear, just crying with torment and none of us could move our body. There was a machine with tubes running from our chest to this smaller machine what seemed to be mixing our bloods together. And a 3rd machine putting this thick white liquid back in our body. Then, in walks 3 small greys and I told my friends to relax, then they will not hurt you.

These small greys are androids, if you feel fear they will want to test that fear with more fear they read your biorhythms and want to test them even to the deepest levels of the human psyche. So after a little while of them running samples and tests, a tall blonde woman walks in, to be honest very beautiful. Behind her was a black man with piercing green eyes and long raggy hair tied back. They looked at us, smiled and the man said: Dormaexanchesrio, we thank you and will return you shortly. After they put us in these capsules at the bottom of the ship, and in what felt like a kick to the body with a 2' boot we dropped from 50' in height back to our section harbor. As we looked up and seen the lights in the sky shoot off out to nowhere.

I cant say what became of the night after that. But that was actualy my second experience wear I had an earlier one when, I was 15 years old.