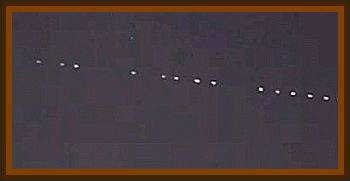 There were aerial engagements with purported UFOs in Vietnam as well.

Jets were involved with what seems to be a dogfight with UFOs at Ðông Hà base, where Newsweek correspondent Robert Stokes happened to be at the time to witness the whole event.

According to Stokes report, 13 sets of yellowish/white lights appeared over the nearby Ben Hai River, after which jets were sent to intercept.

One of the fighter pilots apparently managed to shoot one of the lights out of the sky. Strangely, when reconnaissance planes were scrambled to investigate the crash site, only a charred, burned out spot on the ground could be seen, with no discernible wreckage at all.