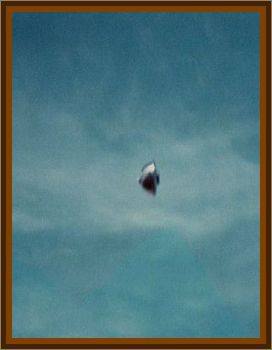 Captain Douglas Barker, a pilot with Australian National Airways, reported that he was at his home in East Doncaster, Melbourne, Victoria.

He reported a metallic, mushroom-shaped object flying over the Yarra Valley towards Templestowe.

He stated it was travelling at an estimated 700 miles per hour at an estimated height of 2000'. It's apparent size was given as four times that of a DC4 aircraft. It was oscillating rapidly in and out of thick cloud.

Total duration of the sighting is given as 12 seconds.