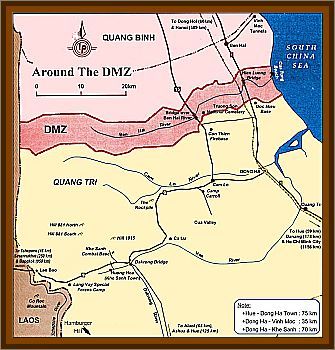 One such incident allegedly occurred on June 15, 1968, along the demilitarized zone, DMZ, between North and South Vietnam, where a patrol boat known as PCF-12, commanded by a Lieutenant Pete Snyder, was on a routine night patrol near Cua Viet.

At 12:30 a.m., PCF-12 reportedly received a frantic distress call from another patrol boat in the vicinity, PCF-19, claiming that they were being attacked by unidentified lights they were calling Enemy Helicopters, which seemed odd because the North Vietnamese were not known to utilize combat helicopters at the time.

Snyder ordered the PCF-12 to head for PCF-19s position to offer assistance, and they as they closed in reported spotting in the sky two circular bright lights immersed in a strange glow hovering over PCF-19s position. As they approached, one of the strange lights reportedly emitted a bright flash of light, after which PCF-19 exploded in a cascade of water and flying debris.

Directly after the destruction of PCF-19, the two enigmatic lights were described as rapidly accelerating away towards the sea as PCF-12 scouted the area for any possible survivors of the carnage they had just witnessed.

Two wounded men were found and recalled that the two UFOs had been trailing them for miles along the river. The survivors then claimed that they had decided to fire upon the threatening, mysterious objects, and that was when one of them had issued a piercing blast of light to obliterate the boat.

At first it was thought by officials that the PCF-12 had been the victim of an enemy missile fired from shore, but a later AP dispatch from Saigon would quote a military spokesman as having attributed the loss of PCF-19 to an unidentified object, and not enemy coastal batteries or missiles.

The PCF-12 continued its patrol up the river and were soon approached by the same two unidentified lights, which took up positions hovering on the port and starboard sides around 900' away and 100' above the water. PCF-12 called in to headquarters to try and get an idea of what they were dealing with, but were met with the response that there were no aircraft in the area at the time.

Realizing that these craft were not friendly, Snyder ordered his men to open fire on the lights, which apparently did little to faze or even slow them down, and PCF-12 began to retreat at full speed as the two mysterious aircraft tailed and stalked them, flickering in the night the whole time. Second engine man Jim Steffes would later claim that he got a good look at the craft and described them as having a rounded front like an observation helo, and what looked like two crewman sitting side by side.

Strangely, although no weapons could be seen mounted on the unidentified aircraft, PCF-12 nevertheless found itself being fired upon. Steffes remembered seeing tracer rounds piercing up into the night from the nearby base Point Dume, with their targets being what he said were other far off blinking circular lights whizzing about in the sky above.

Eventually, a group of Phantom F4 fighter jets arrived to converge upon and chase off the strange lights that were plaguing PCF-12 out to sea, leaving the crew to wonder what in the hell had just happened.