We Witnessed a Round Object in the Sky 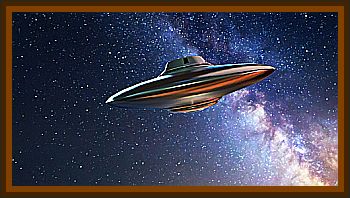 My son and I witnessed a round object in the sky over Dinosaur Hill. At first it appeared to be a star on the horizon at sunset.

As we watched, the object appeared to move closer and grew bigger. It appeared to have rings around it like an atom.

The object began moving off to the West, slightly south west, slowly at first, then it zipped out of the sky.

Here is the kicker.

I made a call to someone to see if they could also see the object, they said they couldn't, but their house is down in a dip.

My next call was made approximately 5 minutes later. Cell phone records show that the call was in fact made 2 hours later.

We lost two hours worth of time, and neither of us remember anything. The only ill effect either of us seem to have is I woke up with the worst headache I've ever had to date.