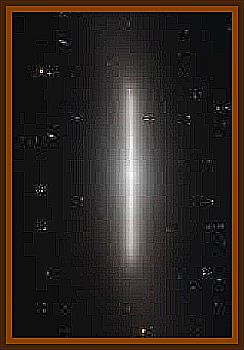 Group of Los Alamos Scientific Lab personnel, A. Ruble Angier, John C. Fairchild & others, waiting for an aircraft at the landing strip, saw a sun reflecting glint in the sky from a flat circular metallic object high in the northern sky appearing like a flat dime on edge slightly tipped as if 50' away.

Case recounted in unpublished Ruppelt manuscript said to be included in the Top Secret AMC Estimate of the Situation, apparently a revised version of the August. 5, 1948, initial draft.

Witness John C. Fairchild says the object was oblong or egg shaped and appeared to have a speed of 700 to 800 MPH.