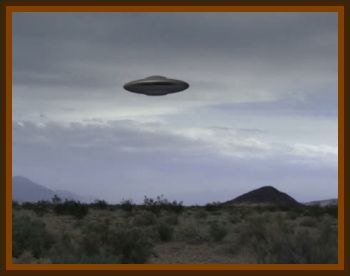 This sighting was years ago but I remember most of what happened. I was with a friend vacationing in Arizona.

We were heading up into the mountains to do some gold panning after just seeing the Twin Towers fall. We passed through Phoenix and headed out of town looking for a place to camp when we came across a small state campground. I don’t remember the name of it but it is next to a river where a power plant sits.

There were wild horses along the road, sagebrush and little else. We made camp with separate tents during the evening hours and then walked along the river looking for a spot to fish.

I noticed a huge structure about a ¼ mile away. I figured it was a power plant. It lit up like a city with lights at night.

As night fell and the insects came out we got into our tents to settle down for the night. I have a Kelty tent that is mostly mesh screen because I like to watch for meteor showers and passing satellites. As the night drew on I couldn’t sleep so I lay there listening to the sounds of the night. The river running, coyotes, insects, that kind of thing.

Sometime around 1:00 a.m. it got silent. Not just quiet. Silent. I looked around for predators and then got a look at something I’ve never seen since.

It was a huge black triangle craft. It was blacker than the night. I only saw it from the right side facing, bottom and back side as it passed along the river about 300' away. As it came floating along. I just stared at it.

My mind was just sort of blank other than taking in all of the details. It was about 300' long, 150' across the back end and about 80' high. It traveled just about 50' above the ground. There were 6 port holes along the side. The port holes glowed a red color. There were no flashing lights or marker lights. The port holes were about 20' in diameter. I remember trying to call to my friend but he wouldn’t hear me. I didn’t hear myself. It was silent. I wonder now if it wasn’t emitting some sort of white noise to mask it’s sound but didn’t think of that then.

I just marveled at how something so massive could glide along so slowly, about 35 mph forward speed, and be so quiet.

As it passed in front of the power plant it blocked the entire building from view. I can think of some other details but am unsure of them so will only relate what I am certain of.

In the morning I told my friend of it but he had never heard of such a thing.

Probably some military experiment, he said.

I left it at that until I saw a show on tv where Art Bell described the same thing I saw.

I haven’t been out there to see if another would come by. So this one sighting is all I have to share. It isn’t much but I can tell you that these things are real. What they are. I don’t know.