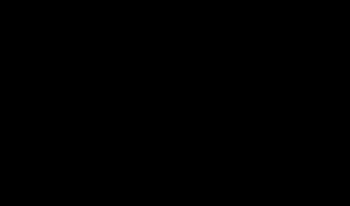 Acting on a tip resulting from a newspaper article, Field Investigator Harold Green investigated a case which took place on October 6, 1970 at 8:15 p.m, and which resulted in what is considered to be a very good photograph of a night flying UFO.

Mrs. Dennis Billings of Decatur, went out into her front yard to gather up the children’s toys and seconds later, Mr, Billings who was in the house, heard her screaming for him to come out. He went out into the yard where his wife was pointing to the southeast and saw a lighted object just going out of sight.

It appeared to be at low altitude and Mrs. Billings said it came out of the north, headed south, then veered toward the east. Mr. Billings got his camera out of his car and at that time another object, similar to the first, came down out of the sky, leveled off, and slowly flew in the same direction as the other object. Billings adjusted the lens of his camera, walked to the back yard so that he could get an unobstructed view, focused the camera, and took one shot.

He ran a block, almost under the object, and took another, but the second photograph yielded nothing. Both the Billings’ said that a dark mass was easily seen behind the lights on the object, and is often the case. the negative shows much more than the print which is reproduced here.

During the course of his interview with Mr. Billings, Mr. Green learned of a sighting which the Billings’ had made on a Friday in September 1966 at about 7:30 p.m, which resembled very much his at Decatur, AL sighting of October 1970.

In this case, Mr, Billings had gone out the back door to take the garbage out and was startled to hear sounds from the house on the other street. He said he could hear sounds like conversation, children playing, the rattle of dishes and silverware, as if the sounds from the house, which was closed up, no door or windows being open, were being amplified.

Then an object which apparently had been dark and therefore not immediately visible lit up into an orange ball above the house from which the sounds were emanating. It dropped what looked like white sparks, then it dimmed out and lights came on around its edge, These lights were all colors of the spectrum, running from red/orange/yellow to white, and then the blue and green shades.

The lights also blinked on and off in sequence. The object moved away, and while Billings watched it with binoculars, another object came over) hovered above the yard for 2 to 3 minutes, then started to move slowly away.

He walked under it to the front yard and estimated that at that time it’s altitude was approximately 400' and it was between 50' and 75' in diameter.

The underside of the object had a domelike protrusion which Billings said looked like translucent glass and light seemed to come from it or perhaps was being reflected from the lights on the rim. There appeared also to be moving shadows, but Billings could not be certain that they were from inside the object or a result of the flickering lights or shadows from the ground.

The lights of the object, as well as the one photographed in October 1970, were arranged around the edge of the object, but there were none on the leading edge of it.

It moved across the sky toward a nearby airport, stopped and hovered for about 10 minutes, looking much like a star except for the changing colors. It then moved higher, getting considerably smaller, and when a Southern Airways plane went over the object followed it until it was near the Billings home again, then went back to its position in the vicinity of the airport, Billings noted the distinct difference between the object and the aircraft.

The object, by now discernible only as flashing lights, stayed in its position near the airport for another 5 minutes, moved very fast to the north where it hovered for 10 minutes, and then appeared to fall to the ground.