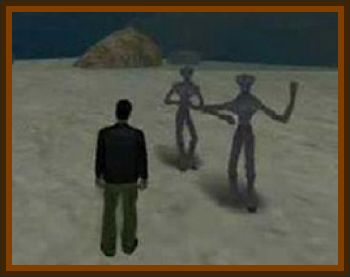 The Bakersfield Californian newspaper recounted that 2 prospectors, Buck Fitzgerald and Mace Garney, saw a UFO measuring approximately 24' in diameter speed by them at approximately 300 mph and crash in the desert.

They then observed 2 little humanoid creatures extricate themselves from the wreckage and run across the desert. The hot temperature, 138° F, prevented them from giving chase for very long.

In any case, the men claim that they lost them after the creatures ran around a sand dune. The men described the creatures as dwarf like.

No attempt to rebuke this story has been known to have been made. Additionally, there has been no indication that the wreckage or the creatures have ever been located or removed.

Later attempts to visit the area have proven fruitless, as no evidence of a crash was ever observed.