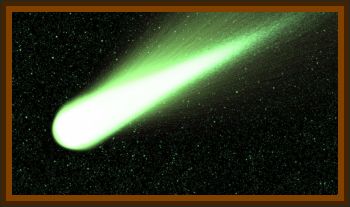 While driving along the Capital Beltway at about 8:30 p.m., I was headed South on the outerlook near the Rt. 50 exit.

Because my tops were off on my car, I noticed a extremely fast green fireball race across the sky overhead moving from northwest to southeast.

The fireball was first noticed just above my head and then flew inside the Washington D.C. beltway and headed off in the direction of Andrews Air Force base.

Since it was dark and the object looked like nothing I had ever seen, I could not judge the altitude.

I have watched meteor showers and this was like nothing I had ever seen. Much more bright and colorful.

Plus, there was no trail like I always see with a meteor. It did look like the object had a bit of green haze around it but not much.

I cannot overstate how bright the object was.

Anyone outside would have noticed it, and there had to be other people who saw it.

It moved across about 40° of sky in less than 7 seconds. It traveled from zenith to where I lost it through the trees but could see it move further se through gaps in the branches and as much as I could keep my car from wrecking.