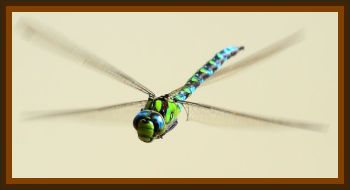 I've decided that I should finally share something that I and my then girlfriend saw over 10 years ago.

This seems to be the best place to do it. I do not expect it to be taken tremendously seriously, as there are some details I've frankly just forgotten, and it is far from what you hear most UFO reports sounding like, but perhaps it's something to be correlated to other incidents.

I've only recently become deeply interested in this event again, sparked by a discussion with a friend, but I know that it has, in a way, always been in the back of my mind, for over 10 years now. Brought to the fore every time there was some report or show on TV, or a tabloid headline having to do with UFOs.

I do not expect a response to this, though it would be interesting to know if anyone else has ever seen anything like what I describe.

First of all, about me:

My name is, let's say Mike. (I have no trouble giving my true details privately. I'm 37 years old, educated, and most would say intelligent. I practiced law for 4 years, now write flight simulation software, and will next year begin teaching high school mathematics. My hobbies have included things such as aviation, reading classic literature and about physics, plus even a bit of dabbling in astronomy. Just enough to appreciate the tremendous distances to even the nearest stars, which in my mind would make interstellar travel nearly impossible, at least under physics as we know it.

This is one of the reasons I'm so skeptical and have had real internal conflict over what I saw.

By the way, I do not have a pilot's license, but do know quite a bit about aviation, theory of flight and such. With a background such as this, and a mind set skewed towards logic and science and technology, it's probably no surprise that I'm generally a very skeptical, evidence oriented person.

I frankly view a large part of the UFO movement or whatever it's called as comprised of people who just want to believe something, followers, in a sense, of their own religion, in that many seem as eager to bypass reason and rationality as do the fundamentalists of the traditional religions.

I add this only to point out that there really isn't a large part of me that is eager to believe this, to believe what I probably must believe if I accept the reality of what my girlfriend Lori and I saw.

I think I now am starting to believe, hence this e-mail, 12 years later.

First, I'm actually not certain that this happened in 1997. Lori and I are no longer together but still talk about this, and we're only 80% sure it was 1997. It may have been 1996. Regardless, it was the night of July 4th, and we had been to the National Mall in Washington D.C. to view the fireworks. We each lived in the northwest suburbs of D.C., so had taken the metro rail from Gaithersburg directly down to the mall. Red line to Orange line.

We were there all day, watched the fireworks, and in general had a great time. We did not consume any alcohol, as we rarely drank, nor did we take any drugs. The fireworks had ended. We were tired and ready to go home. It was around 11:00 p.m., I believe.

The crowd there was huge, obviously, so she and I had waited a bit for it to thin out instead of trying to sardine ourselves onto one of the metro train cars.

So we started walking, I remember it as we were walking West, on the North side of the mall), and were heading towards the National Mall entrance to the Smithsonian Metro station. We were not far at all from this entrance, certainly within 100'. Then, from nowhere, this thing appeared. Lori and I have always referred to it as the dragonfly UFO. It was on our left, slightly above eye level, no more than 10' high, and I'm certain it was within 15' of us the whole time, at several moments probably less than half that.

This thing was the size of a large dragonfly, I would say around 6", and it flew and hovered the way a dragonfly might, just with much more quick and abrupt movements. Like gravity and inertia didn't matter to it. It would be hovering, and then a handful of seconds later, in what seemed like an instant, it would zip over and be hovering several feet away in a new spot.

We were walking while this was all happening, mouths agape I'm sure and staring, but afraid to stop I guess because of the main light's striking brightness. It did seem like it was paying attention to us, I can't believe I'm saying this, but like it was scanning us, so, during the probably 30 second period this all lasted, we saw this zipping around movement I described several times. It was so astounding.

How that made us feel is complicated. In fact, I can only speak for myself. I just know that as this was happening, a few times I glanced quickly around to see if others were seeing this too. There were people around, so I suppose I felt a little bit of the whole safety in numbers thing. On the other hand, it did seem to stay near us, and we saw its light from the brightest aspect angles, I assume, so it did seem like we were being evaluated somehow.

Combine that with the fact that this thing does not, truly, seem to be anything that would come from this Earth, and yes, there's a level of fear that mixes in. So all in all, I personally was a little scared, very amazed by what it could do, and frankly felt somewhat entertained by it, to the point that I was laughing, as if I knew then I'd never see such a spectacular show again.

This thing made no sound whatsoever. Even considering the background noise, which is actually not as much as you'd might imagine that time of night on the National Mall, I feel confident that, given this thing's proximity to us at times, we should have heard something.

Lori" agreed with this: if there were anything to hear, we would've.

This dragonfly seemed to be slightly illuminated, but perhaps was just so shiny that it was reflecting the background light. I'm honestly not sure. It was hard to see past its main light. This was a very bright yellowish light, facing forward, from the head, though it struck me that calling that direction forward was somewhat arbitrary, and I really only could call it the head because that's where the light was. But this main light didn't show up as a beam, despite its intensity.

Again, maybe because there was a fair amount of background light in the area.

What I did make out past of the object past that bright light could be best described as a very elongated computer mouse, a flatter bottom, more rounded top, and length that was probably 3 to 4 times its width. Height was maybe half its width. All edges were rounded, nothing sharp.

By far the most interesting feature of this miracle dragonfly was that there seemed to be 2 small spherical wings to it. But it wasn't like the blurry whirlwind you'd see when a humming bird or dragonfly are moving their wings very rapidly. It was more like a slightly yellow luminescent haze. Kind of like when you can see the heat rising from the asphalt on a hot summer day, but this was more intense than that.

Somehow more turbulent or wigglier. These circles, where dragonfly wings would've been, were not large. Maybe a couple of inches, probably slightly less, because they were less than ⅓ its length. But certainly they were not large enough, had it actually been the blur of wings, to support even the lightest weight imaginable for a body of that size, even though we refer to it as the dragonfly UFO, its yellow haze ball wings were not nearly as large, proportionately, as a dragonflys.

One thing striking to both Lori and I is that only one other person seemed to see what we were seeing, though there were probably a dozen people within a 30' to 40' diameter. It was a girl between 5' to 10' behind us, and who herself was several feet away from who I assume was her boyfriend. She and I just quickly glanced at each other, puzzled, amazed, after this thing flew away.

Those parts I remember clearly. I think I may have said something like what the Hell was that, but I can't be sure that I wasn't just thinking it. I know she said nothing to me, but looked shocked and far too white for July in D.C..

As I said, this thing seemed to come out of nowhere. When it left, about 30 seconds later, it receded to our left, which I believe was South at that point, towards the Potomac, very rapidly, in a flat trajectory. No more than +5° flight path. It was as if this thing had instantly decided to go monitor someone else a mile away.

But you have to understand that this thing was not so easy to see unless the main light was visible to you, and near the end it was not visible to us. You could track it if you had seen the main light, and then it turned and maneuvered, but with the way it blended with everything else, pulling in and reflecting, almost duplicating the visual surroundings, I doubt that someone who wasn't in the path of the main light would have noticed it at all.

I remember this very clearly, this object did not have to yaw or turn so that it was facing the direction it wanted to fly, nor did it have to pitch its nose up as a typical helicopter would if it wanted to fly backwards. This stuck with me. Standard fixed or rotor wing flight principles are out of the question here. Jet and rocket engines make noise, of which this had none. Even the ion engine things I've seen are not equipped to power something in the way that we saw. Nuclear, sure, whatever. But these are power sources, not propulsion sources, and there is no physics text book in the land that could describe how something could move this way. You almost have to have seen it to believe it, those yellow luminescent wing spheres, the instantaneous stopping and starting. No way.

Skeptics may dismiss things like these as obvious hoaxes, but I'm telling you, neither I, nor my exgirlfriend are idiots. I've tried for 12 years to find ways to convince myself it was some super secret CIA craft, but I just can't believe that. The principles behind this dragonfly just simply strike me as things which are thousands of years ahead of our technology.

I have never heard of UFO sightings such as this, with a small craft doing dragonfly like darting maneuvers. But I can tell you that Lori and I discussed this incident many times, and there was always an element of disbelief in those conversations. I'm not sure either of us ever said this explicitly, maybe because of fear of ridicule by the other, because we're intelligent, rational people, right, but I'm pretty sure there was an unspoken understanding between us that this thing was not built by man.

Yet it was definitely intelligently controlled. The conclusion is one I've avoided, but which is obvious.