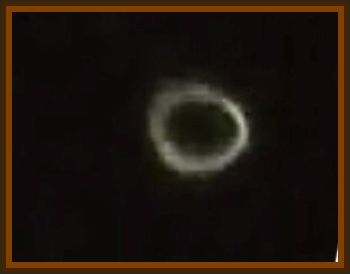 I drove to our Nation's Capital to do some vending at the Million Man March.

I parked my red GMC SUV right behind my vending spot, set up my tables, and began to unload my supplies. I had several people working with me and I also saw many other venders that I know setting up as well.

There were alot of people walking around the area, shopping, eating, and just taking in the scenary. I took out my VHS camcorder and began to talk and film people in the area. At some point I looked up into the sky and noticed it was full of stars. I've always enjoyed looking at the stars and have never seen a more spectacular night than this one.

I noticed a star moving slightly back and forth. I was fatigued this evening from the long drive and other things I had to do that night and at first I thought I was just seeing things. After another look I was sure I wasn't seeing things.

I made a comment to somebody standing close to me if they had ever seen a UFO and pointed towards the object.

And pointed the opposite direction. The star he pointed out was making little circular motions.

I began to tell other people in the area to look up while I scanned the sky for other stars. I saw at least 50 other stars making subtle movements. I tried to catch this on video but my camera barely works with good lighting. The only thing I caught on tape was our voices and reaction to the sighting. I watching the stars moving for about 10 minutes and then continued to unpack my supplies and later fell asleep in my jeep. When I woke up the events at the Million Man March had already begun and I was late getting started. I sold out everything I had in just a few hours and never looked up even once that day.

I have friends who did and saw close up in the day what I probably saw that night. They described them as looking like clouds and changing into silver metalic disks.