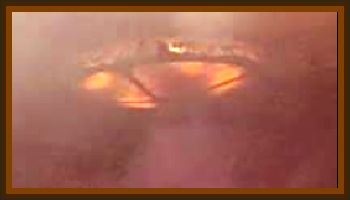 We were on a third floor balcony of a building across the street from the Costa Rican embassy.

We first spotted the craft to the northwest, visible as what appeared to be a bright landing light of a jet liner down near/toward the Washington monument, slowly moving eastward. This is when it first caught my attention, and I pointed it out to my friends, as it seemed oddly bright and large for an aircraft landing light. It remained in this aspect for 15 to 20 seconds, when it seemed to veer into a southeast vector, with the apparence of coming toward us, passing slightly to the East of the White House.

At this point my friends and I became very interested, as what sort of aircraft would be permitted to operate so dramtically and closely to the presidential mansion?

The night was overcast, it was most likely a weeknight, possibly Thursday or Friday night.

As the object veered toward us, it began to cross the city at a very high rate of speed, faster than any fighter jet could traverse the city. As it came closer and closer it presented a definite red/orange roiling disk, with no tail ot trail behind it, underneath the cloud deck.

Now we were very excited, and shocked, and some of us began to be terrified and a few hit the deck, thinking it might crash into us or crash into the low hills behind us. As it passed east of us, somewhat overhead, it was presenting a pure disk, circular, perhaps it was spheroid.

I had the impression of a roaring sound, and yet, later, I realized that it had made no actual sound. This was the most dramatic thing I've ever seen in the nighttime sky before or since, and I was fortunate enough to have see the meteorite that later crashed in Pennsylvania in 1965 as it flamed blue/white across the sky, through our family's picture window in St. Clair Shores, MI. This was such a dramatic nighttime display that I couldn't wait to hear the official explanation the next day. But there was no report of it in the papers, and when I called the local police station, the officer handling the phone had not heard a thing about it. The lack of reporting of this aerial phenomena was actually more bizarre, even terrifying than the phenomena itself, for how could such an astounding display, traversing the entire nation's capitol, not be noticed by others, and reported, or at least speculated upon.