At a Family Gathering 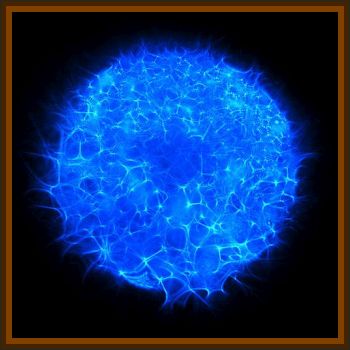 At a family gathering in the early 1960s when my brother, who served in a special part of the armed forces, revealed that the military was fully aware of the existence of UFOs.

My brother, now deceased, had worked in what he described as missile guidance systems. He told us, as part of the schooling, he and about 30 others received special training in reading radar and being able to identify UFOs from other aircraft.

He said the military did not want an accidental nuclear exchange as a result of confusing UFOs with possible missile launchings from the People’s Republic of China or the Soviet Union. He told also told us that during Cuban missile crisis he spent 2 weeks in a deep underground missile complex waiting for orders that might lead to World War III.

The army, he said, not only revealed UFO existence but also trained him and the others of his crew in how recognize their peculiar movements and characteristics on radar. The military, he told us revealed nothing more other then they were just here.

In 1978 I hired a 70 year old woman as my secretary. I was director of an organization that planned and created activities for older Americans. she) told me when she was a young woman in her early 20s, around 1928, and living in the state of Wyoming, she used to get up early in the morning 2 or 3 times a week and play golf. She recounted one very early summer morning just after 4:30 a.m. she walked about ¼ of a mile to the golf course. When she reached the top off a small hill overlooking the playing area, she said she was stunned to see a greenish glowing sphere like object setting about 10' off the ground. She told me she was so shocked that had she could not move. She described it as being approximately 50' in diameter with oval shaped windows around the top ¼ area. She said she knew instinctively it was not from our world.

After nearly 10 minutes of just staring at this most unusual sight, she said the object rose slowly from its position and began making a faint humming noise. Then quite suddenly it just streaked away and was gone within a few seconds. She never told anyone about this for 25 years for fear people would think she was crazy. I believed her story because she always told me the truth. If she did not like how I was running the Agency she would tell me about it and not always pleasantly. She was a no nonsense person who believed neither in God, nor honest politicians.

For a few months in 1980 I worked at a car rental agency. One of my duties was to go to the Seattle International airport and pick up airline flight crew and bring them back for a car rental. Every time I picked up a pilot I would always find some way of asking them if they had ever seen a UFO.

Every pilot but 2 replied no. I felt some were even irritated with the question but most were good sports and gave me their opinion, usually negative, on the subject. A few told me while they did not believe in them, other airline pilot friends did report seeing them on occasion.

One evening I picked up an airline pilot captain whose name was Frank. When I asked Frank if he had ever seen anything strange like a UFO, he was very silent for a few minutes. I thought maybe he was insulted by the question. I was worried he would tell my boss. However, to my surprise he opened up and told a very interesting story.

During the Carter administration, I was flying out of Washington D.C. with not only the regulars, passengers, but I had the Secretary of Transportation, and his staff on board. We were about 20 miles out when 3 green globes or spheres appeared in front of my plane. He said they appeared to be about 50' or better in diameter and were flying formation. We not only had visual, but they were being tracked from ground radar.

He told me, because these objects were in front of the plane none of the passengers were aware of what was going on.

I called the Secretary of Transportation to my cockpit. I wanted a witness and I thought he would want to know. I thought this would be the biggest news story of the century. I asked him if they might have been experimental craft. He said flatly:

He said there were oval shaped windows or what appeared to be windows around the top ⅓ of the sphere.

Not one of my flight crew nor did the Secretary of Transportation think they were other then what they appeared to be, some kind of space craft from another world.

I found it remarkable that the type of craft described by both mine and the Airline pilot were identical even thought the two events took place more then 30 years apart.

I wrote this report becuase I thought it was my public duty. If you care to print it or just keep it on record is fine either way with me.