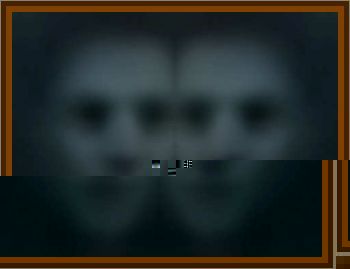 Several soldiers were out on a routine patrol, including one named David. While resting David was putting on his backpack when a flash of light hit him. It came from an object just above the trees. It was metallic and elliptical in shaped and was hovering 300' away and was completely silent. Then it shot away at an incredible speed without a sound.

Years later David had started having flashbacks of what really happened.

He remembers putting on his backpack when a dwarf in a cloak and hood approached him. He said he would take him into the forest where he would be given something. He was led away from the rest of the group, who did not react at all to what was going on. He was taken to a clearing in the woods where a ship had landed.

His next recollection was of standing in an empty room.

He then found himself facing his doppelgänger across the room. The doppelgänger was wearing a blue cloak and hood.

Next he recalled walking out in the forest with the dwarf by his side wearing his doppelgänger’s cloak. He then came upon his companions and took them with him back into the forest.

He remembers entering what seemed to be a hospital ward, besides being long the room was also crescent shaped, with beds filled with people, including his colleagues. At the foot of every bed was a container of unknown substance, with body parts of people, bloody and horrific.