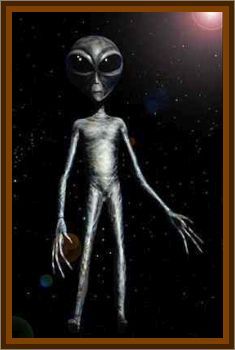 It was early spring in 1966, I was 9 years old then, and living in Detroit at that time.

The family was struggling because my father skipped out on mom and us kids.

My older brother and I had to complete chores that were his responsibility and help out wherever my mom needed us. Out of the 5 kids I'm #2 and nothing like my brother or worthless father, both have zero common sense or handyman skills. So most of the manual jobs were mine to do around the house. Besides the weekly yard mowing and pool maintenance I got the spring job of removing the glass storm windows to storage and getting the screens installed. When fall came the process reversed, but both had to be cleaned before installation. Mom was a clean freak...

Except for being the first family on our block to divorce, we were typical suburban dwellers, we had pets 2 cats and 2 dogs along with neighborhood friends over most of the time.

My brothers and I shared a bedroom, my younger one along with me had a trundle bed. He was on the top and mine was stored underneath that I pulled out at bedtime. The older brothers twin bed had drawers under his mattress for clothes etc. space was cramped when my bed was out.

It was a warm April and mom instructed me to swap out the storms and get the screens cleaned and installed, 12 total with 3 being the boys room. They fit tight at the top and dropped down behind 2 stops, the windows with the weight of glass stayed in place. The screens were easier to move and depending on the wind sometimes rattled and the stops would need adjusting.

The night the incident happened was normal considering we had to get up for school in the morning. I wasn't sure about the time, I just know it was after the Johnny Carson show was over, my mom watched every weeknight.

I was sleeping and was jolted awake because one of our cats had lifted the screen with its claws and it swung open enough for it to squeeze through the window and dropped down next to my pillow/head.

From my view, looking up at the windows, it was a weird color out and a rumbling like thunder sound but calm no wind. Because of the soffit overhang I couldn't see the sky.

Then something grabbed my right ankle, I thought it was one of my brothers messing around, that the cat also woke up. Within milliseconds I lifted my head up to see which brother had my ankle and the whole room was bathed in a orange yellow haze.

I saw 2 figures at the foot of my bed in between mine and my brothers bed, I saw my older brother sleeping. I tried to scream and nothing came out and then I woke up for school at 7:00 a.m. thinking it couldn't have been a dream.

I know I was awake, the cat got into our room and landed on the bed next to my pillow.

In the morning my mom was mad and wanted to know who was up at 2:30 in the morning, and what did we do to scare the dog's so bad.

This is the first time I've ever talked about this, there were 2 beings in my room, probably not human.

I didn't have sleep paralysis, I moved and tried to scream and that's all I remember about it period.

In the early 70's incident #2 gave me a better perspective on what possibly happened to me that night in the spring of 1966.

In August 1972 my family rented a cottage on the lakefront in SW Michigan, I was 14 then, and the new owners had 10 kids, a farming family, so of course one was my age. He and I had run of the park/woods and lake area after his chores were done and we did some things for our benefit - make trails in the woods. I had a tent that I bought with paper route money that we set up in an area of what looked like corn but grew real tall with no ears. This was used at the end of the season for a corn maze and it hid the tent very well to keep younger kids from finding.

I had just got in late on a Friday night and my friend and I decided to sleep in the tent, plus we wanted to be sure it didn't get vandalized.

So about 11:30 p.m. we were walking down the lane that lead to the resort, about a mile, to get to the tent.

It was a dark moonless night and we both noticed to the north a light at treetop height. It was a orangish yellow light bright enough to see but really not overly bright, what made us stop and stare was its shape and motion.

It was shaped as a parallelogram and rotating clockwise end over end tumbling. It appeared to be about a mile north of us on the county line road, my friend was scared really bad about this and didn't want to stay in the tent.

Before we got to the tent it was gone, not sure if it left or turned the light off.

At the end of the road a motorcycle was heading towards us, it was an older guy we knew, Ken, coming home from work. He was all excited and could barely contain his emotions because he asked if we saw it, we said we had.

His motorcycle died on him and he coasted to a stop, then the light glided slowly right above him - tumbling.

After it passed his bike started up. He/We confirmed what we saw he asked were it went and we were unsure. He left and we went to the tent,

I wanted to sleep outside in case something else came along. He really wanted to go home being pretty upset still, I convinced him to sleep in the tent. That was the last we saw each other until the next afternoon.

He said that he left the tent about 3:00 a.m. and I wasn't outside so he went home. I remember waking up not sure about the time and he wasn't in the tent so I went to the cottage.

We didn't ever talk about this ever for some strange reason?

I kept having recurring nightmares about being chased from were I was that night, by a strange looking creature, they looked like the Goons from the old Popeye cartoons. I hid in an area by a small dump that was hard for anybody to see let alone find.

My nightmare always ended as the creature was pulling me out of my hiding spot and I wake up.