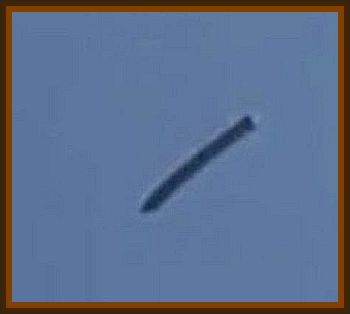 Two teenage girls, usually gay and happy, are spending sleepless and restless nights after what they claim was a horrible experience. The girls are Janette Brown, 16, and Jeanette Johnston, 13, both of Dandenong, a Melbourne outer suburb.

Both girls are a bundle of nerves and refuse to leave their homes at night alone. Their reason for barring themselves behind closed doors is a fear they will be attacked from people from another world.

The girls claim, a flying saucer hovered less than 60' above their heads.

The girls were by themselves on a lonely road in Dandenong where they saw the object. The girls mothers said this week the experience had seriously affected the children.

My girl has been nervy and restless. She wouldn’t tell me a lie. I believe her story. Mrs. Johnston said her daughter hoped the story would not be published in case the object attacked them. Her daughter had asked her to move to another suburb because she feared the saucer might try to destroy her home and family.

Janette Brown saw the saucer first. This is what she said: Shortly after 6:00 p.m. I left my home to meet Jeanette Johnston, I was standing outside the main gate of a partly built factory on Prince’s Highway, waiting for Jeanette. I heard a loud drumming noise, something like a motorcycle. I looked toward the factory, and hovering over the top of the end dome of the building I saw a large dark shape.

I flashed my torch in its direction, and it came towards me, and 3 lights, one on top and two on the ends, lit up. I thought they were rays and fell to the ground.

I was terrified. It was terribly weird and fascinating. I just couldn’t move or even run away, I was so scared.

Then it came towards me and stopped, hovering about 60' away on the top of the factory gate, as if it deliberately wanted me to look at it, or it wanted to look at me.

It was a cylindrical shape, about 30' long and 15' high, with a canopy and window on top and a window on each end.

I was so close I could even see how it worked. The undercarriage consisted of 3 wheels which were half turning and making a low clicking sound.

Just then a car came along the road. The saucer must have heard it or seen the approaching lights, because it swung around and settled behind the caretaker’s house.

At this stage Jeanette arrived to meet Janette, who told her to watch the house.

As I watched the house a silvery colored cylinder rose into the air, it stayed there hovering for about 2 minutes and then swept away in a wide circle to another factory a few hundred yards away. It stayed on top of the factory for about 1 minute where the bright lights flashed out and only the top and left lights kept shining, the left light spun around to the right-hand side of the saucer and it crossed the road and disappeared behind the tree.