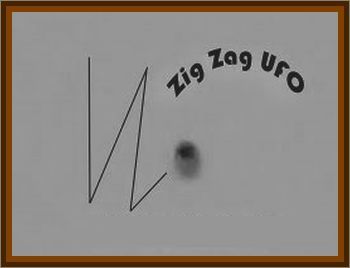 I was serving in the Army in Vietnam in 1967, and was in the field at Dak To attached to the 4th Infantry Division providing radio relay and carrier support as part of a detached team from the 167 Signal Company.

In all of these years, I have never reported this event nor told many people about it. I am retired now, but had a long career in public service and can be vouched for by many for being a conservative, level headed and highly credible individual.

I stepped out of the shower, directly to the outdoors as the shower was simply a wood frame with a 55 gal drum on top filled with water and a spigit to release the water, late in the evening so it was dark, and almost no ambient light in the Vietnam boondocks, and the night sky highly visible with no cloud cover. The Vietnam night sky is almost devoid of stars except for a few scattered along the northern horizon and the moon was either not out or not bright. In that type of setting, I always look up at the sky as I do anywhere I have a good view of the night sky. I am a habitual night sky watcher, but not in any amateur astronomer sense, rather just looking at the stars and the Milky Way when I am where I can see them and watching for satellites, I think having been able to watch Sputnik pass overhead when I was in high school had something to do with that.

When I looked up, all that was in the sky was an object that was about 40° above the northern horizon at about my 2:00 o’clock as I stood facing northwest.

The object looked the way a satellite looks in the night sky in terms of size, shape and reflected light, but that is not what is was. Rather than moving in a straight line across the sky, although satellites can look a little wobbly at times, which this did not, it was moving in a sharp zig zag pattern, while at the same time making forward progress at a rate much slower than a satellite moves across the sky. Although the forward progress was not fast, its sig zag movements were very quick. The sig zag movement was very sharp and precise in the distance it moved right to left and in the angle it moved forward with each sig and zag. This movement was not erratic in any sense of the word nor was the object wandering in any way.

Although the object moved side to side in a sig zag movement, its forward progress was in a straight line across the sky, moving from my right towards my left. I stood and watched the object for about ten to fifteen minutes.

During that period of time, the object moved from about my 2:00 o’clock to about my 12:30 and was now around 70° above the horizon.

In that period of time, a satellite would have traveled all of the way across the sky and disappeared, actually in much less time. This was no satellite. As the object reached about my 12:30, it suddenly stopped and then shot straight up into the sky at an incredible rate of speed and just disappeared.

I stood there for a minute in sort of a dumbstruck daze before walking back to my tent. I have no idea what I saw, but had a strong feeling that I had observed something that was not from this world. I didn’t say anything about it to anyone and as I said above, have hardly ever spoken of it to anyone in all of these years. But I have long wanted to report what I witnessed, and unfortunately I was alone with no others near at the time, and so I now have, and also to MUFON. If it is possible, it would be great to hear back any thoughts regarding my report.