What Was That Cigar Shaped Object? 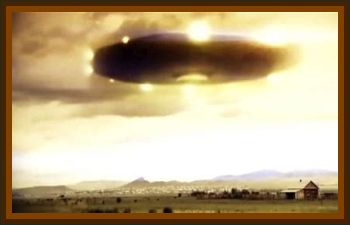 I decided to go to an Circle K store which was nearby where we lived. Without disclosing exactly where I live, all I can say is that I live nearby Mountain, on the south side. When I went outside to my car something attracted my attention that I thought it was an helicopter hovering low.

We get many helicopter rescues due to people climbing this Mountain, and they either get stuck or fall and injure themselves.

I looked up at this cigar shape just hovering there, the lights of the object had attracted my attention and it was hardly moving at all. There were pinpoint lights alongside of it enough to show that it was a cigar shape. I watched it for at least 10 minutes if not more, trying to make sense of it, and to make out the exact location of where it was hovering over. It was hovering North of the Mountain, seemed to be at an height of at least 800' to 1000'. I’m not good at distances but it was close enough for me to rule out that it was not a plane, helicopter, hot air balloons and a blimp.

We get blimps flyover during certain times of the year depending on the events. We have airliners flying over and the airport is about 2½ miles south of where I saw this object. As I watched this object I observed some of the pinpoint bright lights sometimes flickering. At the ends of the object there were slightly larger red lights. It never moved, made noise, it just hung in there the whole time I watched it. The lights around where I was did not interfere my sight since my house lights were off and the street lights are a distance away.

Then suddenly at about at least during the 10 minutes I was watching it, it just took off upright toward the sky so fast and but it seemed like it just disappeared as it zoomed off.

I went to the Circle K and there was a man standing at the corner of the store, staring at the same area where I saw this object. I ignored him and went inside the Circle K. After I bought some items and came outside, he was still waiting at the corner still looking up at the sky and my car was parked next to him. He was very quiet and seemed a bit shook up.

As I was starting to get into the car the man asked me if I had seen anything strange. I asked him why do you ask me? He said he’s familiar with me since I come to the store often, and assumed I lived nearby. I asked what does that have to do with my living nearby.

You had to have seen it, you just gotta have to seen that thing, it was just there and then it took off.

I told him, whether if I had seen it or not, nobody would believe it anyway. I admitted I did see it but I didn’t go into details, I just got into my car and went home.

All that night, I laid outside in my lounger, watching the sky, wondering if it’d come back which it didn’t. I know what I saw was real but I can’t explain it since of all the airliners, blimps and hot air balloons I’ve never seen anything like it except, last week I was watching a TV show and it was about UFOs. I was shocked to see the portion of the show where the daughter, in Colorado, goes outside to play and she saw this cigar shaped thing in the sky, called for her father, and he had video taped it.

The object I saw was so similar to that object seen in Colorado, except it was closer. This is the absolute truth to what I saw and it’s real unless this is some secret government flying object of some sort.