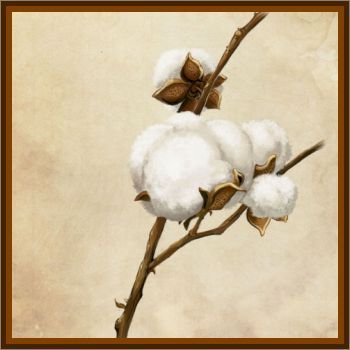 During cotton growing season, my father discovered one field with circular area of cotton wilted with the appearance of being scalded. He arranged for local ag teacher to come and give his opinion.

I was approximately 4 years old at the time and was present during the examination of the crop field. I remember much discussion initially of this event.

In the late 1900's, I brought this up at a family reunion, all family members expressed on remembrance of the event. My mother privately told me I should never discuss again as people will think you're crazy.

Following the actual event I spent a lot of time thinking about the event/occurence and grew up making jokes about an alien craft landing on the field and swapping me for the human child living there to gather information and experience about humans. So my mother's belief that I could be considered crazy isn't so off base.

You must know however, we did not receive any newspapers, magazines or have TV during those early years and our social interactions with others outside family were limited to church. I well remember the first time I learned of crop circles in the high school library and how profoundly I was affected by the pictures.

This is the first time I've told this to anyone outside the family, until recently hadn't thought much about the event. I only gave it thought while living in Las Cruces, NM,, I did see a strange light in the sky at night there.