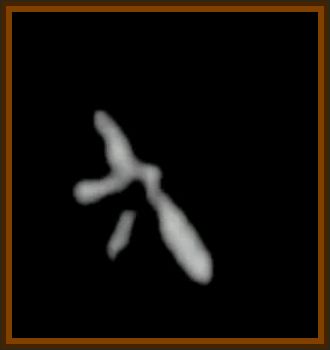 I was in my house looking out of the sliding glass windows and saw an odd 6 pointed light that was very bright and hovering over the trees in the distance.

I flashed the floodlights from the side of the house and as a result, the points of light came together creating a flat linear shape that proceeded to accelerate in the direction of the house. As it approached the house, it was silent and approximately 300' over the house and trees. There were no lights, except for the floodlights, and it hovered making no sound. As I looked out the window, I noticed it was enormous, so large that it must have been at least 1000' in width, resembling one large wing in a wide triangle shape.

I noticed enormous, cavernous bays, similar to aircraft carriers, underneath the wings yet there were no lights and there was no movement. Out of fear, I hid behind the curtains for about a minute and then built up the courage to run outside and look into the sky, there were no traces, no noises, nothing.

It simply had disappeared, yet could not have turned as its wing would have hit the house and trees. It made no noise and had been attracted by the floodlights on the house. As we were younger children, our babysitter would not allow us to go outside out of fear as she could not figure out what it was either.

The location of the sighting was approximately 12 to 15 miles from the military base in Warwick, RI.