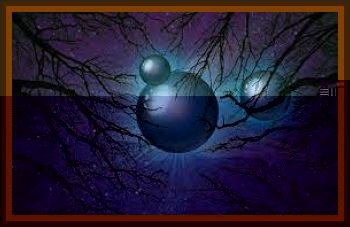 Since my sighting was nearly 30 years ago,my recollection is somewhat fuzzy, but I shall do my best to describe my experience.

I and my 2 year old son had gone shopping at K-MART. Upon leaving the shopping center I approached and stopped at a stop light. While waiting for the light to change, I observed a round red light approximately 100' above and behind the stop light.

While looking at the light, it instantly became 3 red lights,which seemed to dance, for lack of a better word, around one another.

The dance seeemed to be well choreographed,one red light was stationary in a center position while both lights manouvered up, down, around, behind and in front of the center light.

Then both dancing lights merged with the central light and were gone.

That's it gone, no sudden taking off, no streaking of lights, just POOF, gone.

All this seemed to occur within a 30 to 45 second time span, as the light changed from red to green.

However, my observace of this spectacle, in my mind,was at least 3 to 5 minutes.

As i recovered my senses, taking off from the light, I had an inner dialogue with myself, trying to reconcile what I knew I saw to what I thought could not be.

Although I lived just one mile from K-MART, I passed up my house and went to my parent's home 15 miles away.

I didn't know why, I only knew I did not want to be alone. I was wired, I mean I was so up, so jittery, so energetic I could not be still.

Once I was seated with Mom, I was immediately calm, even mellow.

I had not recounted my sighting, but as we chatted, a replay of my sighting was constantly going through my mind, sort of like background music.

I wanted and intended to tell Mom what I had experienced, however, I never did.

I don't know why, it was an eerie feeling, my sighting being foremost on my mind and not speaking of it.

I know to this day that what I saw was real and not of this world. I sure would like to know if anyone out there has experienced similar sightings.