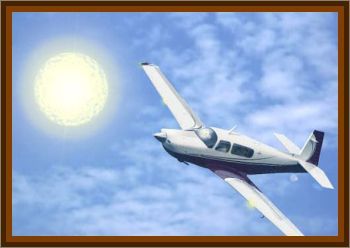 John F. Doe was returning to DuQuoin, IL from Wood River, IL in a PT 19 aircraft accompanied by his wife when he noticed an object near Coulterville, which appeared to be an aircraft. He gained altitude to 5000' where he appeared to be at the same level with the object.

He described this object as being in the shape of a discus approximately 60' in diameter, 10' thick in the middle and thin at the edges. It had a high metallic shine and he could not distinguish any markings nor breaks in the metal for windows or rotors, etc. He did not notice any flames or smoke and could see no vapor trails.

It appeared to be highly maneuverable and made several turns both to right and left and also moved up and down.

He had this object in view for approximately 15 minutes and was as close as ½ mile away from it.

The object appeared to tilt in the direction it intended to move but he could not distinguish any front or rear of the object. There was no visible indication of how it was powered.