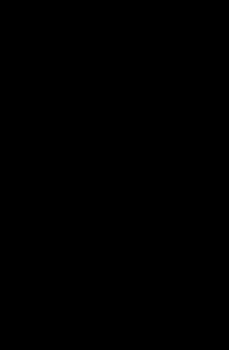 Location: Archipelago of the Azores, Portugal

I was 13 years of age at the time of this incident. I am now 50 years old and have never reported this although I have mentioned it to a few people I know. I was at that time a military dependent. My father was stationed at Lajes AFB, Azores. I was camping out at the school grounds on the air base with 4 of my friends from school. Ages ranged from 13 years old to 17 years old. It was a summer night and the sky above was as clear and full of stars as it could be.

We were commenting to each other that it looked as if we could see every star in the heavens. As we were gazing upward one of my friends said in a completely astonished tone that one of the stars was moving. We thought he was crazy and were kidding him, until he pointed it out to the rest of us and sure enough that bright light was moving slowly across the sky from right to left. We followed it's progress wondering if it could be a plane, although it didn't look like any plane any of us had seen before and being Air force dependents we had all seen a lot of planes.

The bright light appeared to be very high in the sky and when it stopped it looked exactly like a star. It stopped and started a couple of times, all of us had our eyes glued on it then it started moving again and kept moving to the left across our night time horizon toward the Atlantic Ocean. A wing of the school was about to block our view and we raced to keep it in sight, falling down stairs and hills as we kept looking up. We did manage to keep it in sight until we got around the building.

We got there just in time to see it stop. It started to move again very slowly then to all our amazment another one, lower in the horizon, started to move from left to right while the original one kept moving from right to left. We thought the second one was a star till it started moving. The two lights moved toward each other till one was right above the other then they momentarily stopped before the one higher in the sky moved down. the lower one moved up until they joined to become one light in the sky. We stood entanced not daring to look away.

Then the two separated in the exact oposite manner in which they joined, a reverse Z. The higher one streaked away to the east the lower one to the west. They moved at an incedible speed as each moved out of sight in opposite directions completely gone from our horizon, our line of sight now totally unobscured for miles.

We agreed amoungst ourselves not to mention it for fear of ridicule from our peers but I'll never forget it. The next day one of the guys that was there said there was a report on the base radio station that a UFO had been detected by the base radar the night before. I didn't hear that report and I never heard anything else about the incident. I haven't seen anything before or since that time but I'll never forget it and I know UFO's are for real.