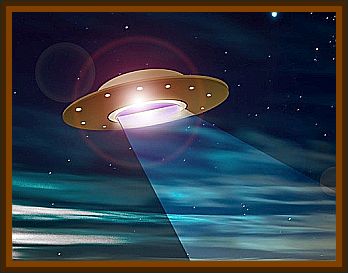 I, with my parents, were on holiday in Wales that summer. We had a caravan, a self contained trailer, on a campsite that was just outside Colwyn Bay.

The backdrop to the hills, shaped like a horseshoe, were approximately one mile from the site.

The day of the sighting we had walked in the hills and took several pictures in and around an abandoned slate quarry.

That evening my father had decided to do a spot of sea fishing, and mother and I had arranged to take him supper later that night.

At 11:50 p.m. we left the caravan, and walking on the beach I noticed an object that was round and changed color from white through blue, also the object seemed to follow the contures of the hills. There are no roads into the hills that the object we had seen, so that ruled out farmers or public traffic.

My mother thought it may have been an helicopter but their was no sound, and the light was illuminating the area around the object, not a search light that you would expect a helicopter to have.

I can't be sure of the exact compass points but roughly the sighting started at ne,and through to east. The object followed the contours of the hill in two stages, and hovered in between the distance it travelled was approximately three miles and total time from northeast to east was about 20 seconds.

When the object reached its east position it drifted away from the hills and hovered for about 10 seconds, then it shot up vertically at a very fast speed and was gone from view in 6 or 7 seconds.

At the time of the sighting the weather conditions were warm, clear night no clouds at all.

It just faded in the 7 seconds or so. Both me and mother were excited at what we had seen and when we found father we asked him if he had seen the object but he had not.