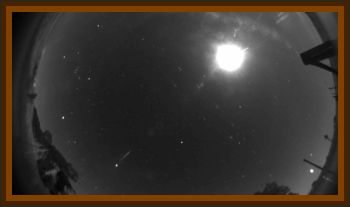 Small stationary light grew brighter as if nearing Earth for 2 hours, began moving South slowly over approximately one hour, then sped up and presumably disappeared.

I myself have just graduated with a B.A. and am 24 years old. My mother told me this story.

Before I can remember, my parents spent occasional weekends at a friend's summer home in Columbia, MS.

Late one night, at approximately 10:00 p.m., my mother was reading beside the East wall of the house, which is glass. Occasionally looking up from her reading, she noticed a stationary light, which she assumed to be a star, that was getting brighter, over a period of approximately 2 hours, by which time the star's magnitude was similar to that of Venus.

Slowly then, the light began moving south at a speed of approximately 1° per minute. My mother called my father into the front room to see the strange light. They were so shocked by its rapid increase in speed, up to 10° to 15° per minute, that they went outside and watched it move across the sky. After only a few minutes, my mother became so unsettled that they went back inside, locked the doors, and had a good, nervous laugh.

While I am just an amateur astronomer, this tale, given to me first hand, by my own mother no less, definitely piqued my increasing interest in UFO incidents.

As vague as the details are, I hope this is of some usefulness to you.