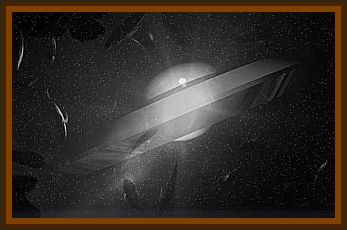 Technicians onboard Soviet submarines would regularly receive strange targets on their sonar. As regular as the chases that played out under the waves, with that giving chase often recorded as other submarines, despite them being much faster than any known underwater vessel and performing maneuvers that a submarine simply couldn't.

Lieutenant Commander Oleg Sokolov is perhaps one of the few high ranking officers to publicly speak of such an experience. He would inform several of his students of witnessing an underwater take off while on board a submarine in the early 1960s.

There are similar such disclosures of information through discreet conversations.

Professor Korsakov from Odessa University would recall such a conversation with a Soviet Navy officer, a long time friend of his.

According to the officer in the question, at some time in the 1950s, while stationed on a battlecruiser, a UFO approached them from behind, surfacing from under the waters of the Black Sea. The officer also passed a photograph of the object to Korsakov which is still in his possession.

A similar incident unfolded in August 1965 in the Red Sea. The SS Raduga would report a fiery sphere that emerged with great speed from the water before hovering at an altitude of approximately 450'.

The surface of the water below was illuminated by the sphere's bright glow. The most fascinating sight, however, was that of a gigantic pillar of water that followed the sphere's ascent for several seconds before falling away.