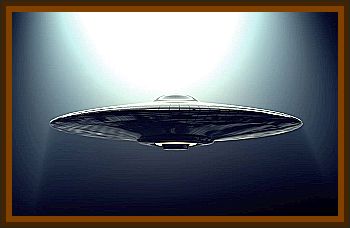 I was with 3 of my cousins talking outside my house. It was about 10:00 p.m. and we were having a normal conversation.

We were placed like a circle, and one of them says:

We all looked up and there was a medium size UFO, disk shaped, which had a large light in the center and other small ones around all of its perimeter. We were stunned, we were looking at it, which was hoovering at a very low altitude approximately 1200' above the ground. The sighting had a duration nearly of 1 minute and we didn’t see it coming. We ran to get a camera to photograph it but 30 seconds after it wasn’t there anymore! We told this to some people but they don’t believe us…they tell it was an airplane. I only say: I saw what I saw,

I believe what I saw, and to tell the truth I’m not sure if it was a terrestrial origin UFO or extraterrestrial.