Not Quite the Big Dipper 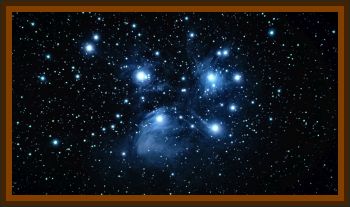 We were leaving a friends house to go home.

When we went out the door my son said:

As I looked up a group of 25 circular lit objects appeared where the Big Dipper was. The group stopped and hovered together for a minute. While this was going on a helicopter came from the east and hovered there. We assumed they saw the objects as we had or that the helicopter had been tracking them.

The objects began to move as a group and headed east. As they did this the helicopter turned and watched them go.

Then another group of about 25 appeared and appeared to stop at about the same place as we watched a third group came along.

When they reached the stopped group, they all traveled the same path the first group did.

After that we did not see any more.