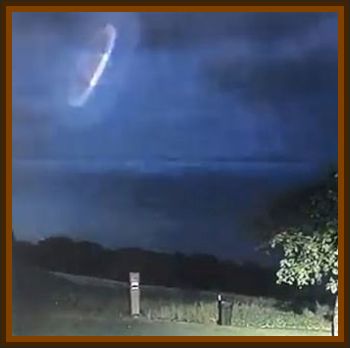 It was a stormy night.

Could only see object during lighting flashes. No noise, no lights. Appeared to have exterior texture of piping and panels. Not nearly as elaborate as a Borg ship. More like 1 to 3 railroad boxcars. Like multiple objects of same sized attached together moving as one unit.

Very large and seemed to take up the space of a boxcar if I was 5' away.

The scale was difficult to make out as I was not sure how high above the power lines this object was. Slow and steady movement. Object continued to move in same direction until no longer visible in the rain/low clouds.