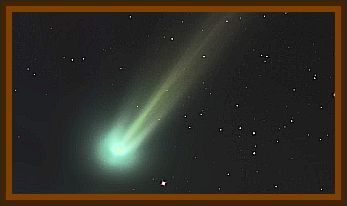 All reports were essentially the same. Control Tower Operator Lundy reported that the fireball was first noticed in the northwest part of the sky moving at high speed, and it flew out of sight at a theodolite measured angle of 277º.

The Air Intelligence Information Report filed on this case had this very interesting conclusion by the Preparing Office Captain Patrick O. Shere. The conclusion contained a number of suggested explanations. Among those suggested was this one:

Optical phenomena seems to be the best possibility. The fact that no other individuals observed this object, although it was in sight for approximately 23 minutes, lends credence to this theory. The area is sparsely populated and it is possible that other people saw it and failed to report it. The inability of the interceptor planes to make either visual or electronic contact helps this possibility.

In a rare difference of opinion, the Approving Officer, J.M.K, reviewed the paperwork and came to a conflicting conclusion, listing the following comments:

This headquarters does not concur with the possible causes of this sighting offered by the Preparing Officer for the following reasons:

Balloon possibility: The sudden reversal of direction, the high rate of speed, and the conical tail would eliminate balloon activity.

Optical phenomena: This object was initially picked up on radar and was seen by three people for a long period of time, thereby eliminating the possibility of optical phenomena.

This report was forwarded to Advanced Technical Intelligence Center, ATIC, as unknown.