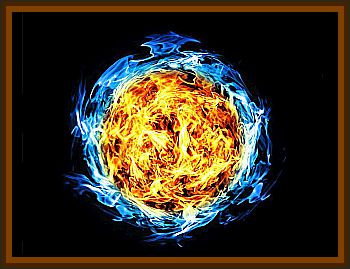 The 112 Emergency switchboard collapsed due to the number of phone calls received.

Phenomenon, very likely to have caused meteorites, according to one researcher.

Ciudad Real, Cuenca, Toledo and Valladolid are some of the provinces of the center of the Spanish peninsula that witnessed the transit of an impressive fireball, according to Josep M. Trigo of the Red de Investigacion sobre Bolidos y Meteoritos. The 112 Emergency switchboard collapsed by phone calls from spectators only a few minutes later.

All witnesses agree that it was the sudden appearance of an exceptionally bright fireball that caused great alarm in small communities.

The luminosity of the phenomenon was such that it was even recorded by pilots from the Torrejon de Ardoz air base who were in flight at the time, noted Trigo.

To this researcher and Jose L. Ortiz of the Instituto de Astrofisica de Andalucia, CSIC, the case is highly important due to the fact that several communities in Ciudad Real were even able to hear the sonic boom produced by the meteoroid’s entry under the 15 mile barrier, indicative of the the possible arrival of meteorites on the surface.

According to Trigo, many of these bolides do not produce meteorites as they are completely disintegrated, but the one seen on Thursday was very likely to have spawned meteorites.

The lagest fragment of the last meteorite seen in Spain, in December 2004, was removed by a team of French meteor hunters, thanks to information provided by witnesses, added the researcher.

The Spanish Historical Patrimony Law of 1985 protects all assets, including natural ones, and has posted penalties for those who engage in their illegal exportation.