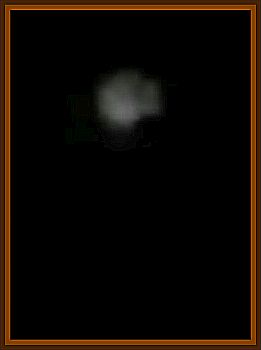 I have been wanting to report this incident for almost 40 years now. It occurred while my friend and I were traveling from our school in North Dakota to California where he was to be married.

To the best of our recollection, on or about June 20, 1970 we were passing through Wyoming driving through to Colorado late at night in his Volkswagen Beetle. We were proceding south on I-87 about 100 miles north of Cheyenne.

It was very dark and there was little or not traffic on the road and no houses, or buildings as we drove, very desolate.

It was my shift driving, and I noticed a lighted craft immediately in front keeping pace with the car and passing from my right to the left. It caught my attention because it appeared to be traveling with the car.

Approximately 10 minutes after that I again noticed what appeared to be a similar lighted craft again passing from left to right the same distance from the car at the same height and again appearing to keep pace with the car.

My friend was sleeping at this time and I did not wake him until about 10 minutes later when I again saw what appeared to be the identical lighted craft in the same position.

I told my friend what I had been observing and that I thought that this craft appeared to be following the car. We decided to stop the car and got out to better observe.

The craft then passed directly above us and hovered maybe 500' above us. We heard no noise whatsoever. It was a very clear night with no clouds.

As we watched, the craft turned out its lights and we then became quite scared feeling that it was watching us and might mean us some harm.

We jumped into the car and started down the road, and at that point the entire car lit up.

That was the end of the event as we remember it, and did not see the craft again.

I have thought about this incident many times, and after hearing of similar stories have wondered if there was any connection to some unusual objects that have worked their way from my body. Including a ¼" piece of crystal that came out of my right index finger many years ago. About three years later an identical piece of crystal came out of my gum.