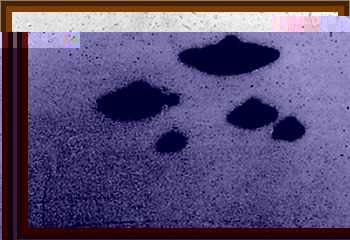 Between the hours of 3:00 p.m. 4:00 p.m., I witnessed a very extraordinary sight in the heavens. I have not heard of anyone hereabout having seen it. The facts are as follow:

I was passing by the Mill by the Waterworks Reservoir. On the gallery I noticed the miller uttering exclamations of surprise, and looking earnestly towards the west. On inquiring what took his attention so much, he said: Look, sir, I never saw such a sight in my life. On turning in the direction towards which he was looking, the west, I also was astounded, numberless black disks in groups and scattered were passing rapidly through the air. He said his attention was directed to them by his little girl, who called to him in the Mill, saying: Look, father, here are a lot of balloons coming. They continued for more than twenty minutes, the time I stayed. In passing in front of the sun they appeared like large cannon shot. Several groups passed over my head, disappearing suddenly, and leaving puffs of greyish brown vapour very much like smoke.

The Editor of the journal added that several others had observed the black disks, and concurred with Beveridge's description.