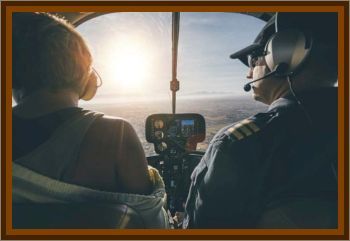 Location: Over The North Sea

A British charter jet had a close encounter with a UFO said to be the size of a battleship. The shocked pilot and crew of a Debonair BAe146 plane reported being buzzed by a long cylindrical object as they flew over the North Sea. Three other pilots have also independently logged seeing the bright object 58 miles off the coast of Denmark.

Last night the Civil Aviation Authority confirmed a comprehensive report of the pilot's sighting had been received. The report says the captain and crew first became aware of the object after the underside of the plane was immersed in an incandescent light. A CAA spokeswoman said:

The captain reported seeing an unnatural bright light below his aircraft while flying at 28,000'. The area below him was illuminated for about 10 seconds by incandescent light and it was certainly not a light from another plane. 3 other aircraft saw it moving at a high speed or static. However, air traffic control were informed and they confirmed that there were no other planes in the vicinity. Five minutes later, there was a brief radar return from a spot 75 miles away. We believe there was no danger involved. The Luton based 96 seat plane was flying company executives from Linkoping, Sweden, to Humberside airport.

A spokesman for Debonair, which runs cut-price flights throughout Europe, said chief executive Franco Mancassola had been informed that a great red light in the sky had been spotted near one of the company's planes. At one stage, the report says, the object came to an abrupt halt before accelerating past the airliner at thousands of miles an hour.

A CAA source says the object was tracked by a military radar station in Yorkshire after it entered UK air space, A spokesman for the 6,000 member British Pilots Association said:

We get reports of this nature from our members but they are few and far between. In the past 10 years or so I would say there have been around six cases of UFO's being sighted. Many pilots are reluctant to make such claims because it tends to lay them open to ridicule. So when they do go as far as making a report we do expect it to be given credence.