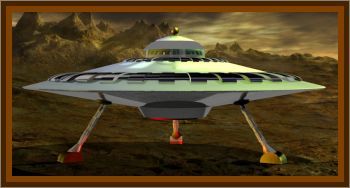 It was Friday, April 4, 1969, just a few days before Easter. My pal, Charlie, and I, two very bored soldiers, were setting out on a hitchhiking expedition from Fort Bragg, NC to Myrtle Beach, SC harboring vague hopes of scoring a good time with some Spring Breaking coeds in the partying seaside town.

Leaving the base at about sunset toting backpacks and sleeping bags, we headed south out of Fayetteville on Interstate 95. Reaching the large rest stop, South of the Border, a few hours later, we stopped at a coffee shop to grab a cup and get our bearings before continuing on. SOB, the soldiers called it, was located, as the name implies, just over the dividing line between the two Carolinas, outside the town of Dillon.

While drinking our coffees and studying the map we couldn’t help, but notice a rather loud group of local rowdies, talking crap and throwing dirty looks our way. This was the way it was during the rambunctious 1960s. In the area of the South we were in it could be dangerous for hitchhiking strangers, especially blacks, hippies, Yankees or soldiers. Accordingly, Charlie and I took the leering glances very seriously, finishing our coffees quickly and moving on down the road.

Before long, we were walking through downtown Dillon looking for route 25, the old Latta highway cutoff leading toward Myrtle Beach, still some 70 miles away. One good ride could get us there and, at the same time, get us away from the trouble we both sensed was coming.

Sure enough, only a few minutes later two cars showed up with our friends from the coffee shop onboard, hootin’ and hollerin’ as they went by. As empty as the town was becoming at this time of night, nearly 10:00 p.m., it didn’t bother us a whole lot because of the storefronts, streetlights and occasional traffic still on Main Street.

However, as we neared the edge of town with the rowdies going by every few minutes and the chances of a ride looking increasingly doubtful we began looking for a place to hunker down. As they slowly passed by and drove out of sight for maybe the fifth time we took the opportunity to slip off the side of the road into a dimly lit area behind a vacant, derelict gas station. Walking by the left side of the deserted building the two of us followed a wheel rutted dirt path up and over a small crest. By now barely able to see more than a few feet in front of us, we passed through a line of trees edging the gas station lot into almost complete darkness.

But, as Charlie and I picked our way carefully down the old car path, the whole area behind the trees suddenly lit up in a diffused aqua green glow covering a small field no more than a few acres in size. Now I could see clearly, and what I saw was nothing short of amazing, on the ground was a two or three story high, multi decked, saucer shaped UFO standing on as many as four folding metal legs. The ship was lit from within, emitting through numerous portholes and hatches a mostly yellowish white hue that was separate from the green glow.

In addition, there were beings similar to humans, each with a head, two eyes, two arms and standing upright on two legs. They seemed to be colored green, but whether that was an effect of the ambient light or possibly the result of my excitement, confusion and fear I couldn’t tell. Some were walking on decks curving around the exterior of the ship; others were on the ground.

The nearest of them, about 20' away, turned our way and firmly ordered, telepathically, I believe: Leave Now.

In spite of the caution that had caused us leave the highway just minutes before, both Charlie and myself, like the trained soldiers we were, executed a smart about face and marched right back toward trouble. Once on the road, we hiked at a pretty quick route step for a couple of miles without saying much, if anything, to each another, hoofing it just as fast as we could out of Dillon town.

When the spell was finally broken, we found ourselves on a lonely stretch of empty road near some farm houses and pastures. And right on cue, the rowdies put in another appearance, making it abundantly clear how happy they were to have found us again. Then for the second time that night, surprisingly, considering our isolated location, they left us another way out. As soon as they drove out of sight, why I’ll never understand, we escaped again, this time into an adjacent pasture.

From a vantage point a few hundred yards away we watched them drive fruitlessly back and forth searching in vain for us. Eventually, they gave up, their tail lights disappearing for the last time. As the night finally quieted down Charlie and I climbed, tired and grateful, into our sleeping bags.

The next morning we continued on to Myrtle Beach. As far as I can recall we had no conversations about the UFO. The incident seemed to have been wiped from our collective memory.

30+ years later, from out of the blue, Charlie called me up and asked, Do you remember Dillon? Initially, I had no idea what he was talking about. But, as soon as he said, The UFO, the whole experience from start to finish came back in a flash.